Woohoo! When I made the jump to this blog site, I was hoping for a couple of hundred hits per month. My friend Szarwyn who hosted the blog at its previous site told me that it got traffic and was probably more popular than I thought it was.

I transitioned this blog and set it up the second week of February. So by the 15th I had the pieces in place. Some friends like Assmunahi showed up to see me still planting the flowers in the garden. By Feb 18, I had some of the kinks worked out (forgive me Internet Explorer people, I do see some wonky text in some of the columns, but haven’t figured out how to get rid of it yet. The blog is produced in Google Chrome). By Feb 22, I wrote my first new post for the site.

As I write this post a week or two after lauch, the site has gotten over 1600 hits this week! That is just truly humbling and amazing. Of course, I love stats and graphs and charts (who doesn’t right?) and wanted to see from where the readers were coming.

So Dana, where did this title come from? I traced back one of the traffic source links from Russia and it described me as “the Sailor Moon of Lotro”. Lol! Oh my. My friend Berda said that is probably a compliment. Not knowing Sailor Moon, I had to Wikipedia it to be sure, and found her name to be “Pretty Soldier Sailormoon” and her story to be described as “a special warrior with the destiny of saving the planet Earth, and later the entire galaxy”. I will take it. Thanks for the compliment Russia! J

(I did learn both German and French once upon a time, but I totally used translate.google.com above, hehe).

Thank you for reading the Adventures of Supergirl.

p.s. I noticed that there is still room to be a blog follower. As I understand it, by doing so, you will be advised of when the blog is updated. AND, you will get my thanks knowing that you care. 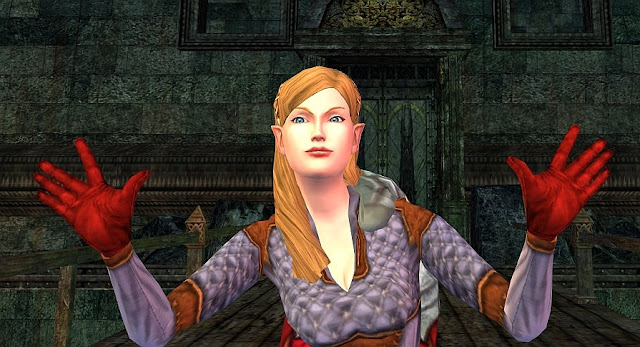 I'm glad the world is finally taking notice of our Supergirl! We've been selfish just keeping her to ourselves, it's high time we shared. Be sure you become a follower of Dana...you never know where her adventures may take her!

Yay! Thanks Anonymous American B!
High praise; I am very humbly honored. :)

Proud Member of the Followers of Supergirl!

Thanks for the vote of confidence MW!

Thanks Clarysta. You are always a "ray of sunshine", even when thonking me with your very formidable creepie... :)

Told ya your blog is the awesomest :). Btw I love the mobile thing that's running here. Easy to read on my iPhone.

-szarwyn who changed her name to Filidh because szar means a very bad thing in Hungarian and its horrible :P

My friend Will once blogged, "What's in a name? That which we call a rose by any other name would smell as sweet."

'Tis an honor to have you here Filidh!