Exciting times in Middle Earth! A few weeks ago, the free people were on a dash to 75 while helping the “Men of Dunland” and “Theodred's Riders”. Some people were really helpful to those factions, reaching level 75 in lightning speed. Me? Not so much. I plug along at my pace, skipping absolutely nothing, and probably taking at least twice as long to actually accomplish anything, while taking thousands of pictures. However, with persistence, I made it to 75 after about 18 days. My friend Lynrial? She wears rocket-shoes. I believe she hit the cap by the 4th day.

Here is a picture of 75 Lynrial greeting people to Galtrev the first week. 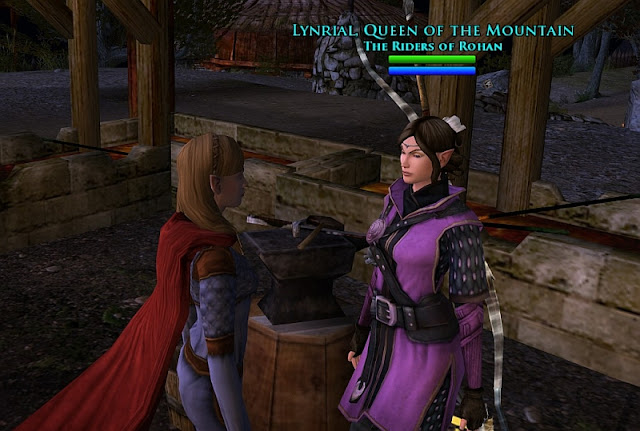 In typical mosey-fashion, I started off toward Dunland by saying goodbye to friends. Here is the story of my start toward Dunland.


The Letter…
Winds have been whispering of the push into the Dunland for some time now. Recently, that moment arrived.

The evening started like any other; and not surprisingly for a Monday, I received a letter from Elrond. Why he sends mail every Monday... well that is not part of this story (what happens in Rivendell between two elves is none of your business ).

But this Monday was different. He wanted me to go to Dunland. The new journey had begun.

Hambrennil...
It may be a while before I venture north again, likely not til fall festival...

So, I need to stop in to see some friends.

My first love as a tailor means that I could not leave without visiting Hambrennil, the tailor's guild leader. We reminisced of an earlier time, back in lorien, studying under the guidance of Galadriel. I took the teachings to heart and learned Galadriel's art; Hambrennil became the leading tailor in this land. To each, her own path be true.

After our meeting and her encouragement, I leave for Dunland as a Master of the Guild; I will represent well that which I have learned. I carry her stamp of approval, which bodes well in dealing in rohirrim lands. 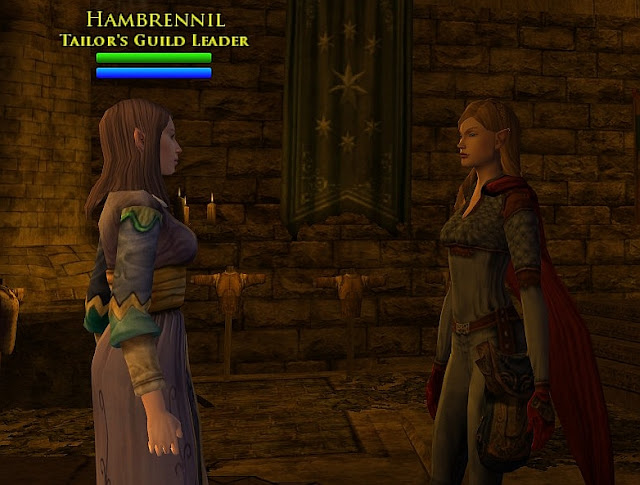 Toby...
Those who serve under Hambrennil had a few parting words as well.

Toby Eatwell, Bob Rosethorn, and the dwarf Jamarr taught me a few new things they had learned recently in the craft of sewing to protect the Free People.

Though they remain behind, I carry their knowledge forward. May it be used to fight Sauron with whatever means we can devise. The enemy will be formidable; we must be better. 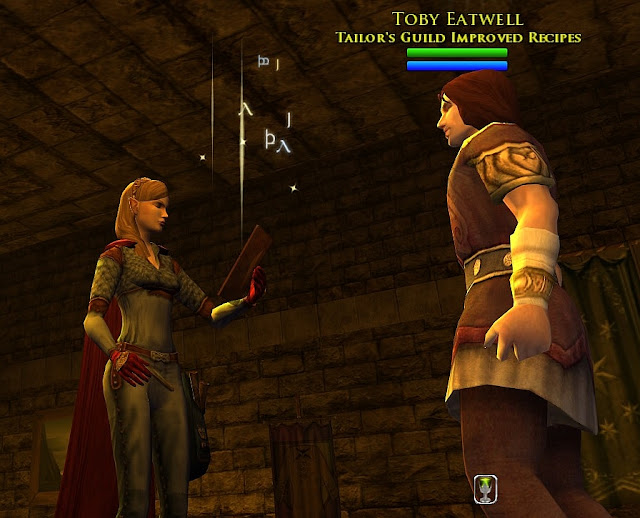 Garchadron...
A few more stops before my journey south...

Many bards are in the land, but it has been long since I visited with Garchadron.

"Hast thee any words for me, sage one?"

After meditating with me,
Garchadron says, "As you journey forth, keep your spirit of Idealism, your Zeal for adventure, have Confidence, be Wise in your dealings, and be Loyal to who you are. After you get settled, meet with the bard in Dunland to refocus." 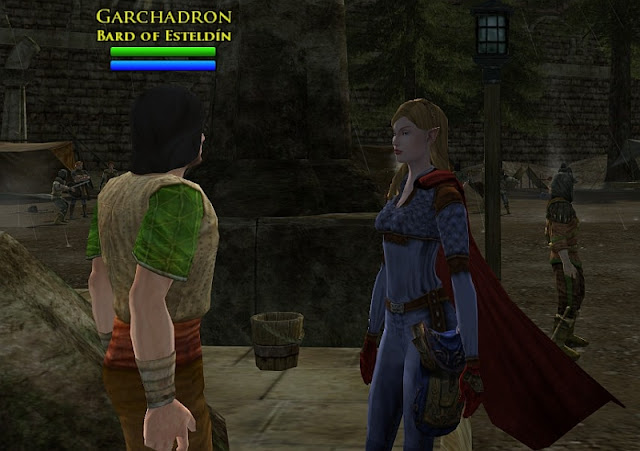 Danaish…
Of the lil danas, where I go, you cannot follow.

Those of you who can, craft relics. I will need your talent in the weeks and months ahead.

Those who can't, keep spirits high by continuing to greet people to Thorin's Hall. I will send mail once I arrive in the south.

Farethewell lil danas. We shall meet again at festival. 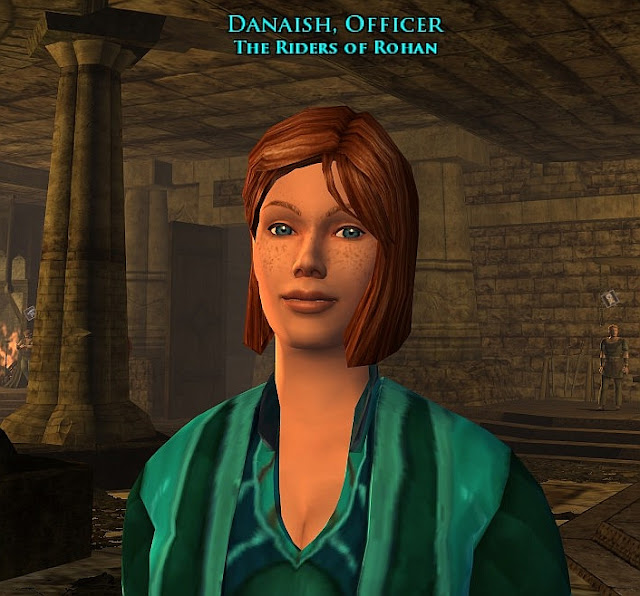 Some Dude...
Interestingly enough, once I got to Dunland, down in Galtrev, there is another Tailor Guld Leader in the craft hall.


Authorized by Hambrennil, you say? Fair enough. You don't even really need a name do you. I feel sad for you, people just call you "some dude!" Well you have a point; most people who come to Galtrev don't even realize you are down here in the basement of the crafting hall. It is a nice place to be, although it could use some better lighting. I would hate to poke myself with a sewing needle. Touche, I did just get my leg chewed on by a warg... but that doesn't mean I want to stab myself with a needle also. See you soon Some Dude. 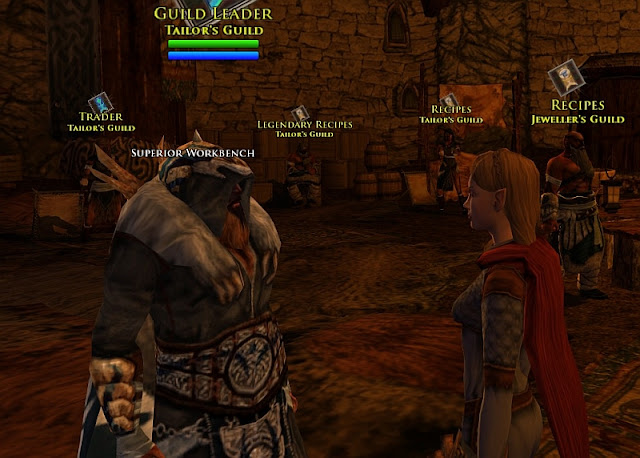 This one originally had comments also. :) (final-comments)
Posted by Unknown at 11:22 AM