Skelehorse and Mounted Rear Up


So many things I wanted to write about today... but after meeting with Althaea last night in the Shire, I had to break this column into press. I really want more emotes. lol   Sadly, I have a knack for not winning lotro lotteries. I once won a pie and 75 silver coins from lottery, but that is about it. The same could be said for my lack of Fall festival skelehorse. Between the lil danas and I, we are going 0-fer-about 75 right now this year in our ability to pull a horse out of the chest... which is what we accomplished all last year, 0-fer-75.

Last year, I opted not to buy the expensive skelehorse from the store. I have re-visited last year's store strategy... and clearly this past year, I broke trend and bought store horses. I think failing this many times in a row earns me the right to buy a skelehorse... assuming it is sold post-festival. We shall see. Who knows... with one week left, and approximately 36 chances, I might just pull off the previously-seen-as-impossible-odds.

I did get to celebrate as Arbrie got her skelehorse! Here she is with the paint still wet. 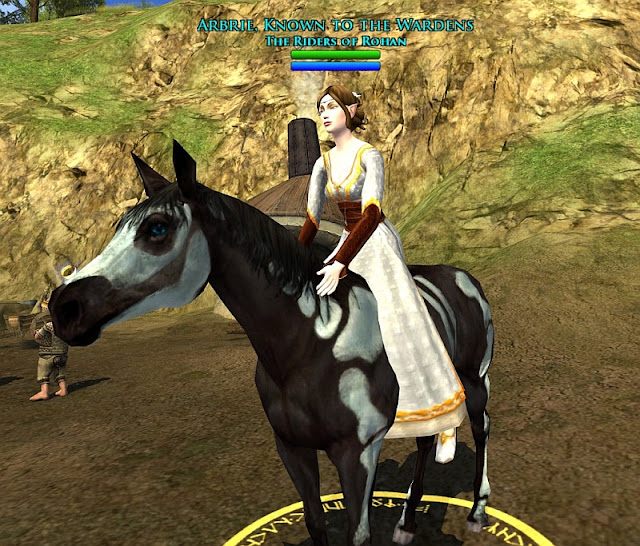 But I digress... what I was also excited about was the Mounted Rear up emote, which I have been told will be sold in stores in the near future. With my luck of lotteries, when you see me mounted-emoting, you will know that cost something. Now to the fabulous Althaea rearing up her Shire pony for the oohs and aahs of the spectators who came to see. 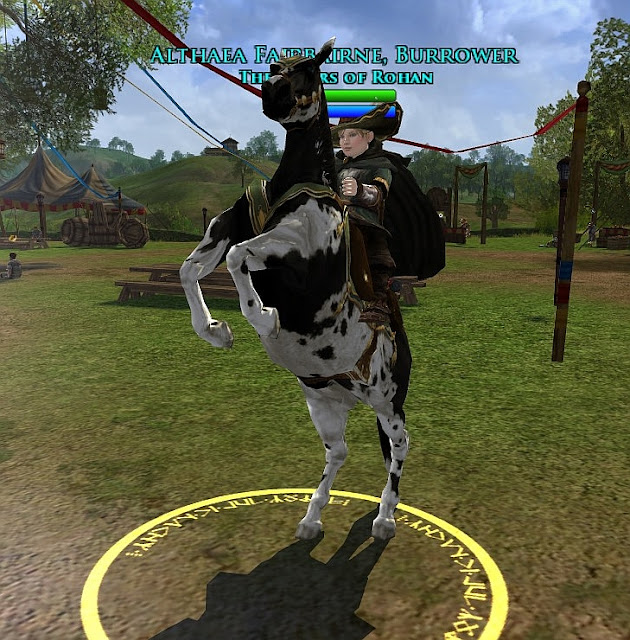