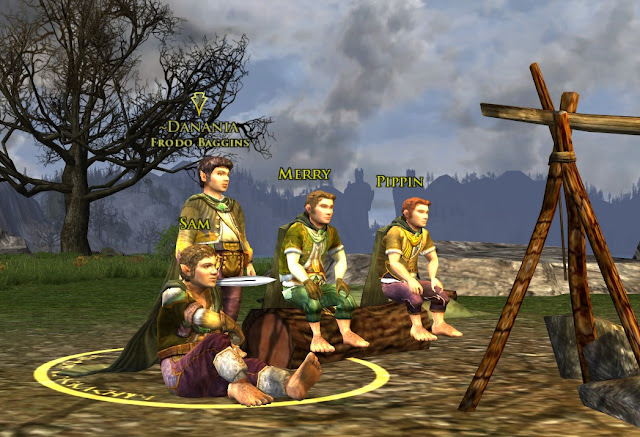 (2) With the removal of stats as armor bonuses, some non-Erebor armor pieces changed. I originally examined many of the Update 9 armor sets and level 75 armors in the post, rohan-85-rk-hytbold-and-moors-armor. For example, Hytbold Peace-caller set decreased 214 morale and 1148 mastery, and gained some crit (due to the change in Critical calculation) since the previous version. I have re-reviewed all armors’ stats to reflect the changes for U10 (as of March 20).

(3) There are non-set armor pieces that are even better than any of these pieces. As they are rare and random versus being bartered and earned, I will not review those, but acknowledge that they exist and are awesome (and “gold” quality).

(5) There isn’t a big gap at all between the level 75 armor sets from TOO or Moors level 75, so don’t feel badly if you already have those. The U10 changes made the previous post at  rohan-85-rk-hytbold-and-moors-armor incorrect, but it gives indication that many of the level 75 armors are (or at least were) reasonable options.

(6) In the Moors, the Moors armors are a must due to their “Audacity” bonuses (I’ll explain Audacity another post, but for perspective, here is how Audacity looked prior to U10, ettenmoors-75-rk-armor-audacity. 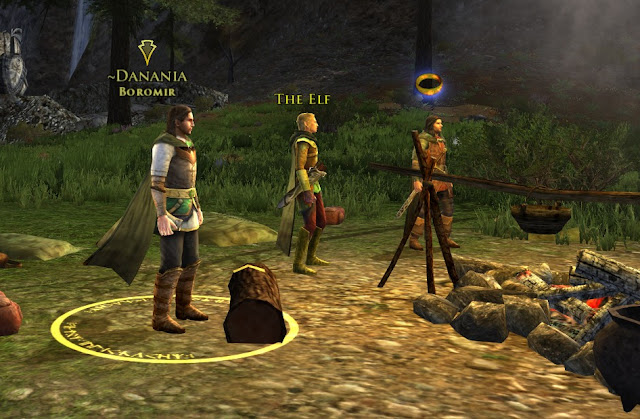 Set Bonuses:
So, let’s look at armor set comparisons. I will start by looking at the “set bonuses” for each armor set at 2-piece and 4-piece. As you see in Table 1, there are a lot of repeat bonuses. Most are situational and tied to certain skills. Since now for U10 there are no more stats included as bonuses, you will have to decide whether you really use these skills and utilize the bonuses. 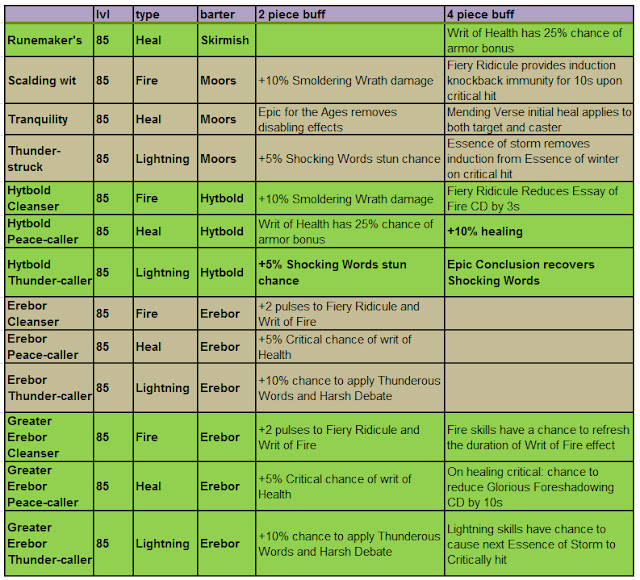 I have a lot of data… so I decided to present the full sets and then present snapshots by piece. I am going to benchmark everything to the Rune-makers’ armor since those pieces can be found at the skirmish vendor and otherwise require no effort at all, except the cost of marks and medallions.

For simplicity, I am going to continue presenting only my “4 pillars of the Runekeeper”: Morale, Tactical Mastery, Critical, and Tactical Mitigation. 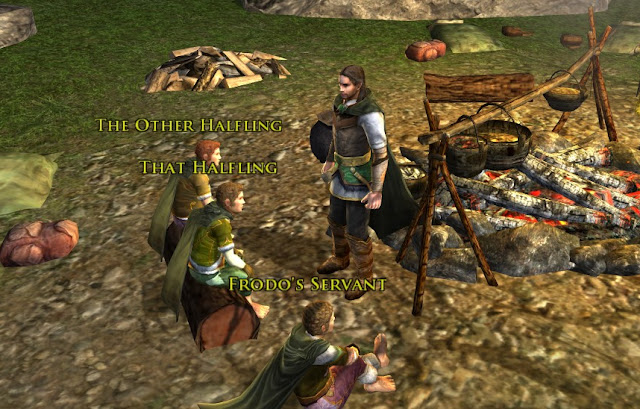 Full Sets:
You just turned level 85 and have the option of going to the skirmish vendor to get a set of armor, going to the Moors and hunting Creeps for Commendations, going to rebuild Hytbold and earning tokens, or going through Rohan and Erebor raids.

Ok, Table 2 is a wall of data related to full RK sets. I will translate some observations. Do keep in mind, aside from the numerical data, there is Table 1 to consider, so be mindful of the potential set bonuses, if they are important.

Observation 2: The Hytbold armor sets are slightly better than the Runemakers. The set bonuses in Table 1 are better also. Did you do enough quests in Rohan to earn reputation and barter for Hytbold armor? Which makes more sense to earn, 9k marks and 3k medallions, or Rohan rep and Hytbold tokens?

Observation 3: Erebor armors cost a more Marks, Medallions, and Seals but there is almost no benefit versus the basic Runemakers armor. Even if the price was the same, is it worth it?

Observation 4: Greater Erebor armors are the most expensive and hardest to obtain. One would think they are the best, right? 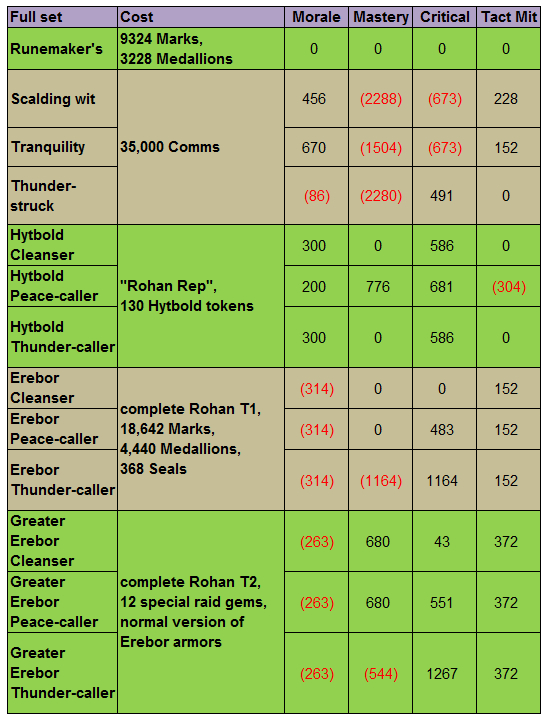 When looking at a single category, it becomes clear that many of the pieces are built similarly. If all things cost the same, which would you choose? Is there an obvious difference between these pieces? I will show a snapshot of the stat differences between the set pieces for each category. 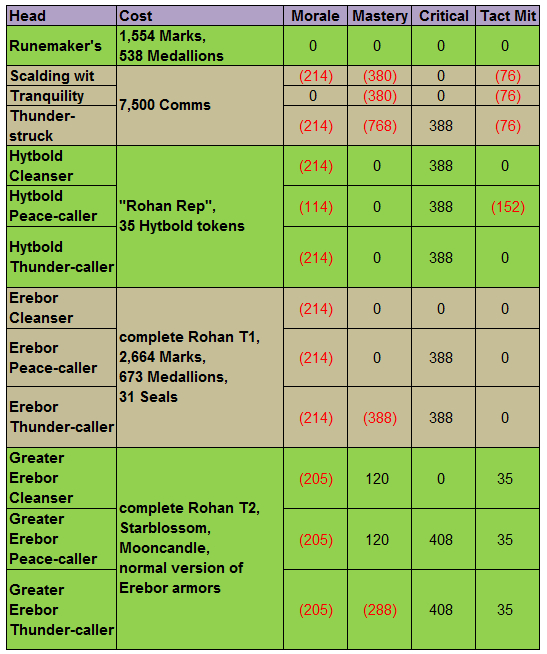 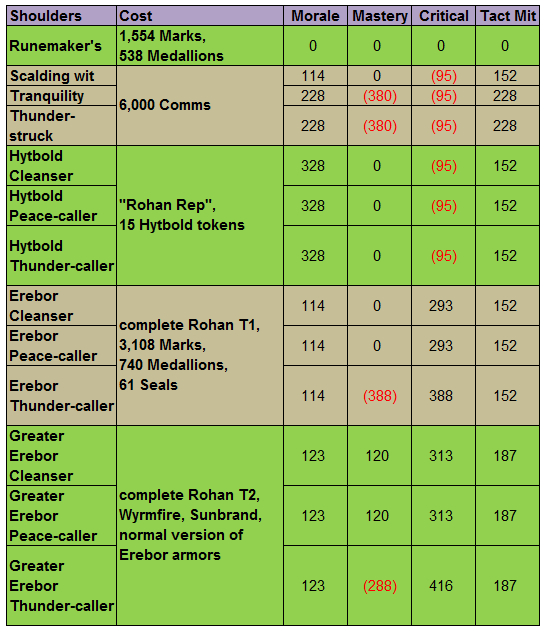 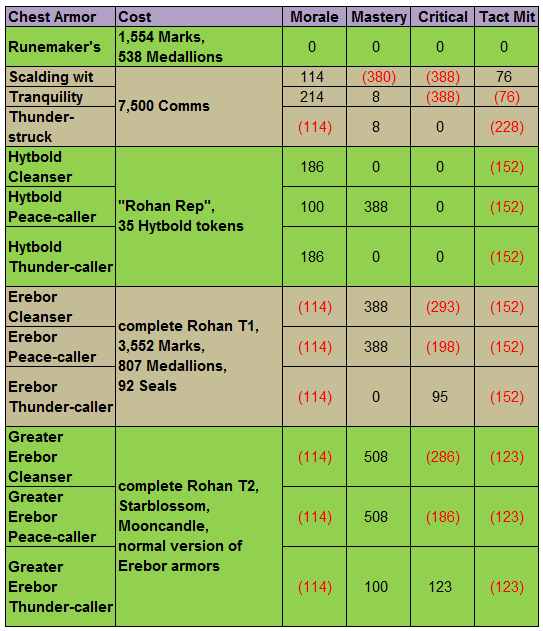 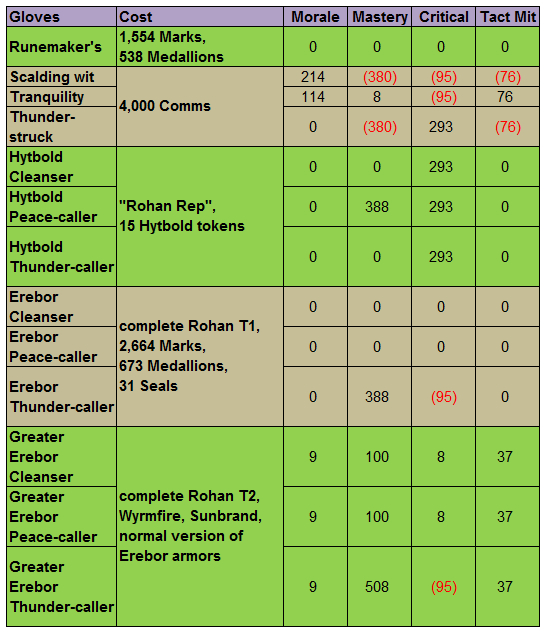 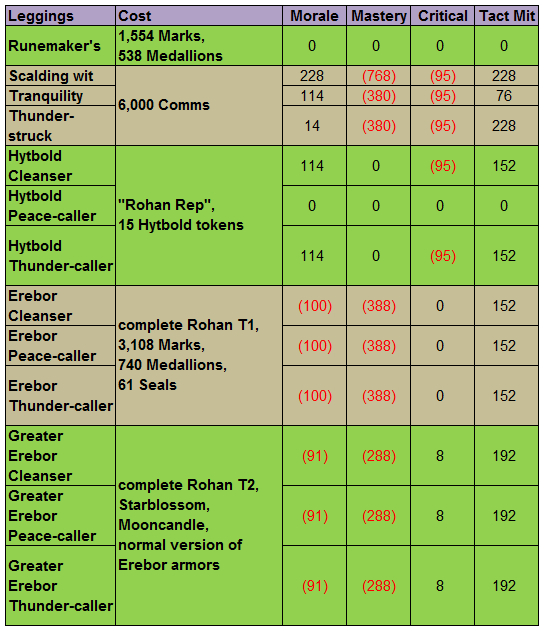 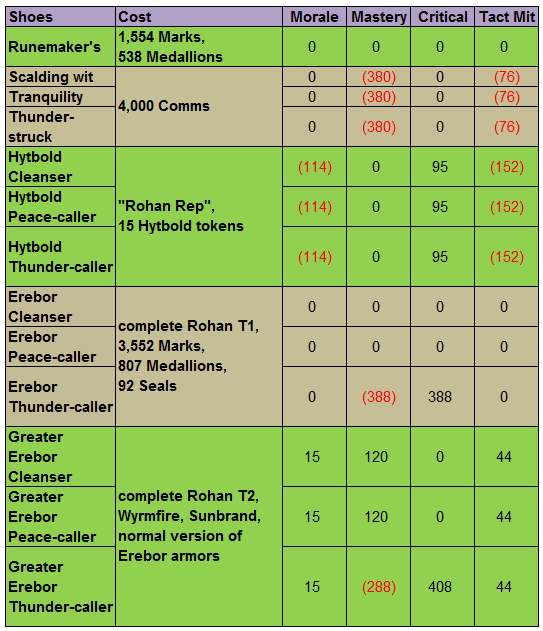 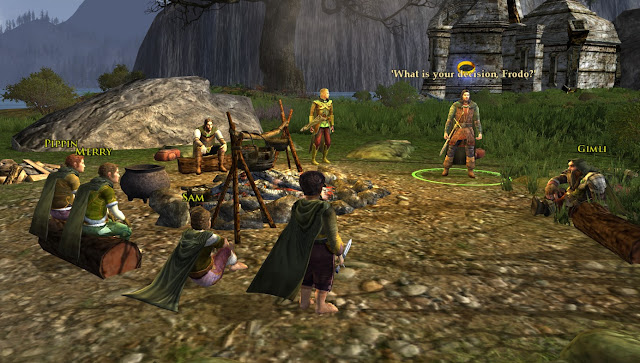 What Would Dana Do?
Because I have as a goal to do all quests and deeds, I have some options available to me as by-product of Completionism, i.e. Hytbold, marks, unlocks.

I’m also told that the number of Marks and Medallions for Runemakers set is a lot. I lose perspective sometimes on what “a lot” means. Is 9k marks and 3k medallions a lot for a 6-piece set of armor? If so, then Hytbold is probably where you want to go, and Runemakers and Erebor are not for you.

I got the Hytbold Thunder-caller set just by doing the quests and following the path. I love to use “Epic Conclusion to reset Shocking Words” and habitually hit Shocking Words, Epic Conclusion, Shocking Words in quick succession with enjoyable effect… I’ve seen the set of three skills critically hit an opponent for over 22k damage during that explosive second.

Hytbold armor is very easy to obtain. For example, to get this Thunder-caller armor you would need Kindred rep with the 4 factions of Rohan (actually, only Ally with Norcroft), and some Hytbold tokens. By the time you got the Reputation, because it would have involved doing Hytbold daily quests, you would have enough tokens to build the correct pieces of town and barter for the armor. Reference here (to-be-a-thane).

Hytbold is one of the cheapest and best options, and as is evident from this article, all the non-Moors armors are fairly close to one another statistically.

If you are going to the Moors, get some Moors armors. I got 2 of each set of Moors armors because there wasn’t apparent value to me to go after the 4-piece bonuses. It isn't as useful for everyday use since it has noticeably less Mastery but is a must in the moors.

Though I have access to it, I won’t barter for the Erebor armor as it has little benefit.

For comparison from Table 1, for Hytbold Thunder vs Erebor Thunder: Hytbold has +614 morale and +3% Mastery and my preferred set bonuses VS Erebor has +1.5% Critical. The Greater Erebor Thunder is slightly better than the Erebor though not enough that I would choose it even if the price was equal to the Hytbold (and certainly not at the increased cost). 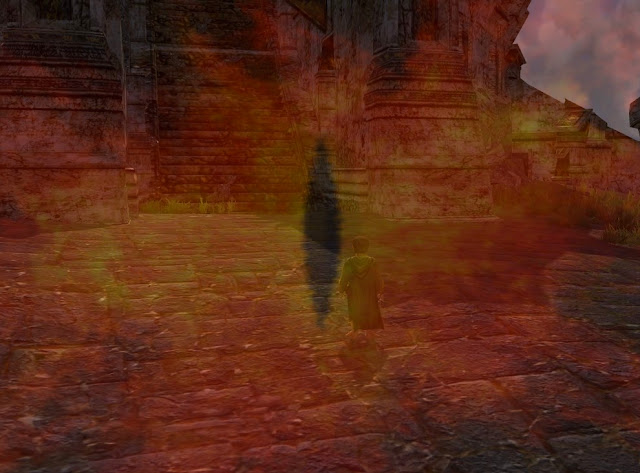 Nice! Ghanks for taking the time to post this!

You are welcome Anonymous. :) I hope it provides much benefit to other RKs around Middle Earth.

Great overview and great idea! I should really do this for lore-masters, but I'm too lazy/busy/tired. I think you need Supergirl powers to pull this off!

Thanks Ravanel! :)
You can do it ~ Ravanel to the Rescue!

thanks for your always great guides! They are a useful resources to get excellently well-thought out and explained point of views on RK builds!

In your article above you focus on the DPS build, you made me decide to stay with the 4-piece Hytbold Thunder-Caller and 2-piece Hytbold Cleanser combination.

Regarding the Healing build, it is reasonable to combine 4 pieces of the Hytbold Peace-Caller set with 2 pieces of another set. As the Runemaker's set does not have any 2-piece bonus and the Etten Tranquility set does not seem to be useful in Raid healing, I'd go for 2 pieces of the Erebror Peace Caller set.

In detail i would choose the

- Erebror Peace Caller Hat
(100) less morale
152 more tact. mit.
than Hytbold Peacer Caller Hat,
which seems a bit worse to me, but not as bad
as the other choices from the Erebror Peace
Caller Set.

and the 4 remaining pieces from the Hytbold Peace Caller set.

IMO, this is the best combination of these 2 sets.

I certainly cant argue with that logic. :) It looks like a fine set of healer gear you have chosen. Hytbold Peacekeeper was one of my favorites and you have squeezed out a bit more oomph with a couple of Erebors to get the bonus. I like it.