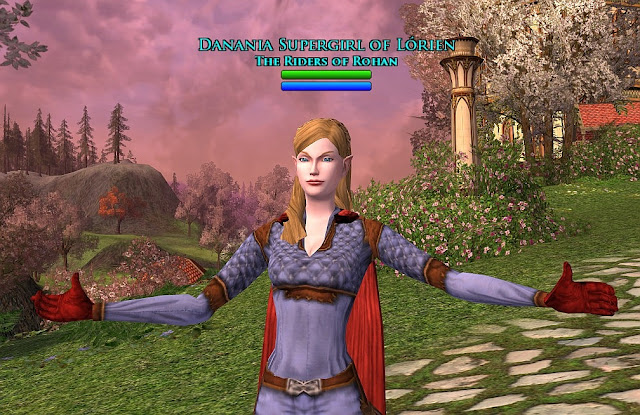 Here it is. Throw the confetti. Danania.net came online just over one year ago! Woohoo!

Some data review (because that is what I do…):
As of February 28, 2013, According to Blogger, the site had received, 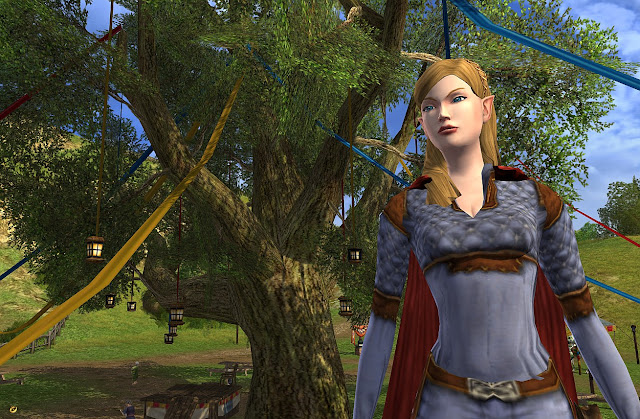 Because of you early readers, I was blessed to have a great following before I even made the jump from guild-site-forum-writer to an actual blogger, so I had an amazing start. Then, the Riders of Rohan expansion happened in October, and the site blossomed and started to grow! The number of visitors more than doubled in October-2012 drawn to the pictures of the warsteeds and the Warsteed Traiting Guide and the other various guides and "All the Steeds" Gallery! You visitors are just awesome! I am excited that you show up, get something out of the visit, and comment! I would like to think that my writing and pictures have gotten better over the past year. :D 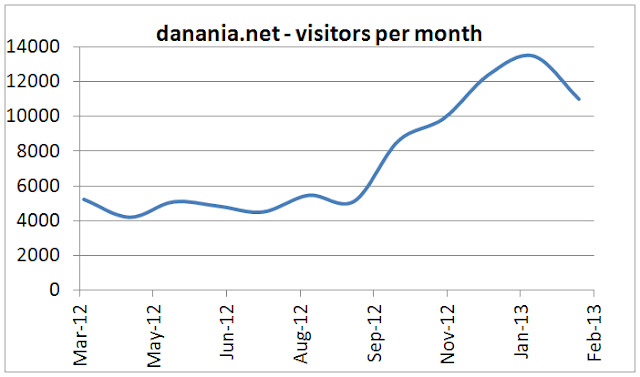 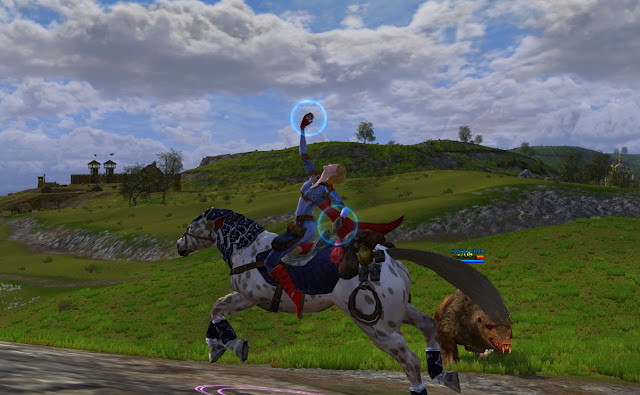 Some specific links from which the site received the most hits included, 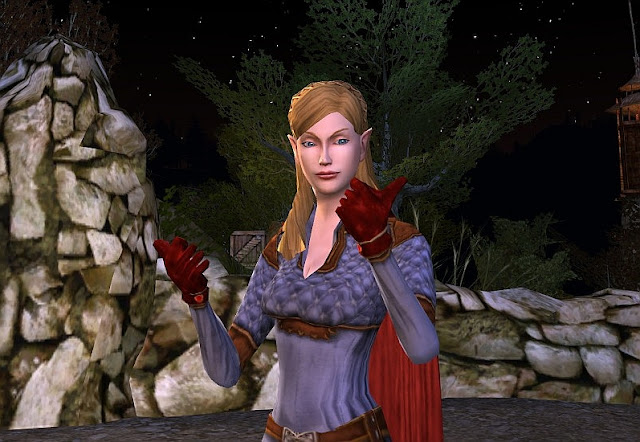 I have more fun links on the page, Danania's Links.

Thank you to all the people who put links to this site on their pages and forums as well. You know who you are and I know who you are when you tell me, and I try to keep my Links page up to date. :)

The most popular Google searches that hit this site included “danania”, “danania.net”, “supergirl hunt”, “lotro riders of rohan”, “rk legacies”, and numerous steeds that show up throughout the blog and gallery. 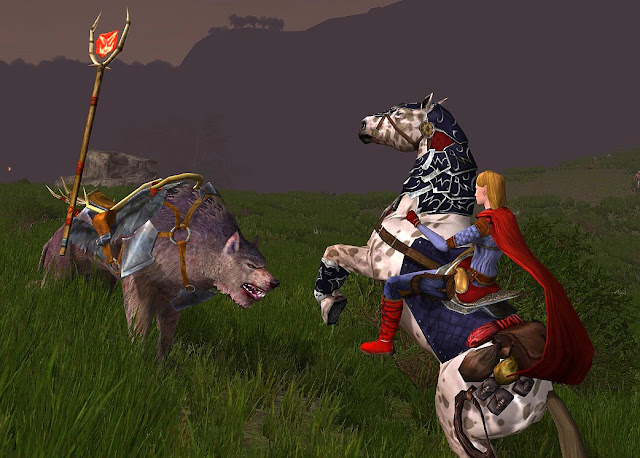 Some of your most visited pages (according to Blogger) include,
I need to do some new posts revising some of these as Update 10 tweaked some of the digits. 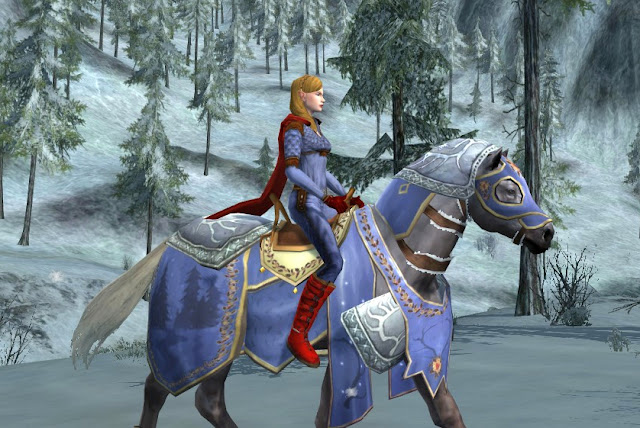 And thankfully, you liked my Guide to All the Steeds, which I keep up-to-date. With my enjoyment of the Steeds, I try to make sure you will always find it full of the most comprehensive set of steeds lotro has to offer! (All the Steeds)

Thank you so much for visiting Danania.net! 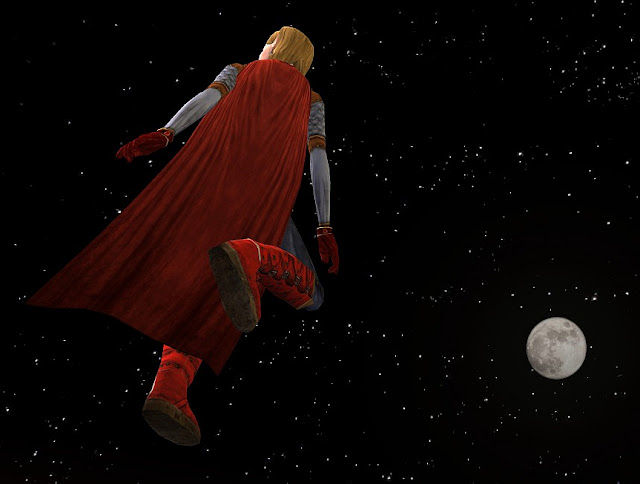 Let me be the first to say... wahooooooo and happy D-versary! Thanks for all you do, it is much appreciated. Best wishes for many, many more to come!

Congrats on one year Danania! :D

I always enjoy your posts, yours is one of the most informative and info-packed LOTRO blogs out there. Keep up the great work!

Congrats on the one year mark, D! You are a one-stop shop for not just RK knowledge, but of the many facets of Supergirl goodiness contained all within one blogosphere. Keep up the great work, may Elrond step one foot to the left for you!

Congrats on your danaversary! It's a great blog, so I wish you many more years to come! :)

congratulations on your danaversary! Looking forward to reading more in future years :)

A bit late but congratulations! Here is looking for many more years of Danania goodness! :)

Woohoo!!! Congratulations, Danania! Your site is always a joy to read and I look forward to many future posts from you :D again, CONGRATS!

Thank you Rakuno, TheElvenTailor, and Tara! So great that you like it. :)

Rakuno, it is always a good day to celebrate and you are right on time.

Congrats on an entire year! That's absolutely amazing!!! Beautiful pictures, tons of fun, and many achievements have been had. Excited to see Middle-Earth from the eyes of the Supergirl for yet another year. :-)

Thanks Alysia and Terrentius! My screenshot picture count rolled past 20,000 tonight; I look forward to writing about more fun things in year 2 and excited that people are still coming. :)

Thanks Aeronwy and Memyr! So great to see your comments. :D

/me bows to Ewine