Supergirl - Thane of the Eastemnet 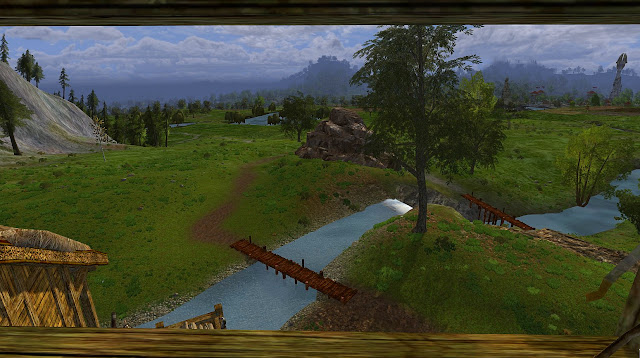 I once said that I really needed a Who’s Who guide to Thanes and Reeves of Rohan. I got my chance when the Witan was called to convene on the matter of what to do about the enemies that threatened our land. What is a Witan? Good question… I had the same question of Edgal when he was telling me about the meeting. “The Witan is an ancient rite, a meeting among the leadership of the plains.”

Here is a pretty good Who’s Who of Rohan. Not everyone is there; notably the king and a few others were not in attendance. But, here we see… 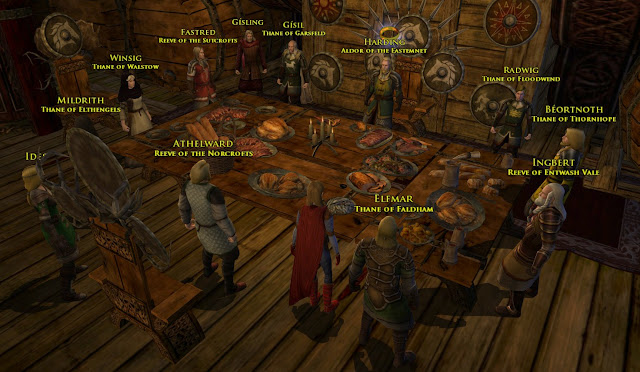 Do we wait on Eomer’s petition to the king and hope that he chooses to rally us together and defend the Eastemnet, or do we defy the king and fight and meet the enemy head-on? Not all in the Witan were in one accord and chaos broke loose at one point. 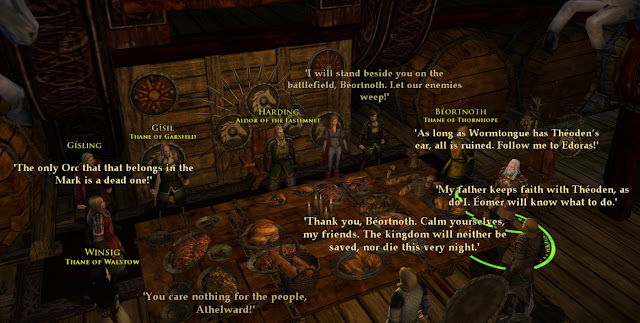 Who do you call when you need a hero? “Danania, Supergirl of Lorien, all here have learned to trust your awesome wisdom… What say you?...” 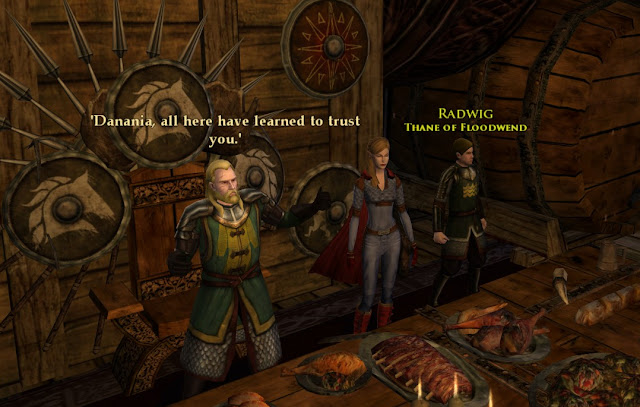 Hold that thought... the West Gate is burning; the fight is at our door. Will Hytbold be burned to the ground again? 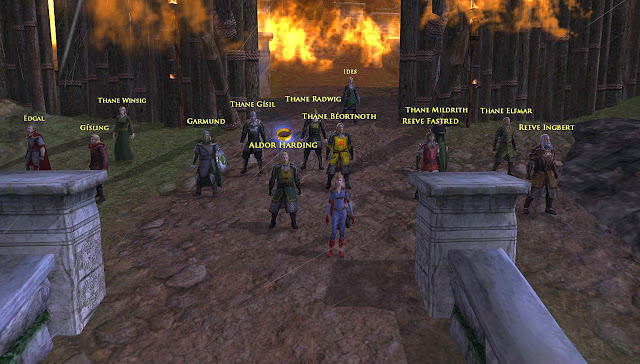 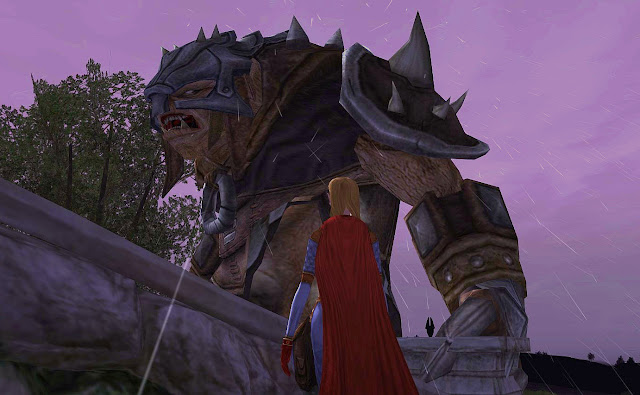 My towers burn. Friends fall to the enemy. What kind of thane will I become?

Anyone can hold the helm when the sea is calm. In tribulation, stand steadfast against the storm. 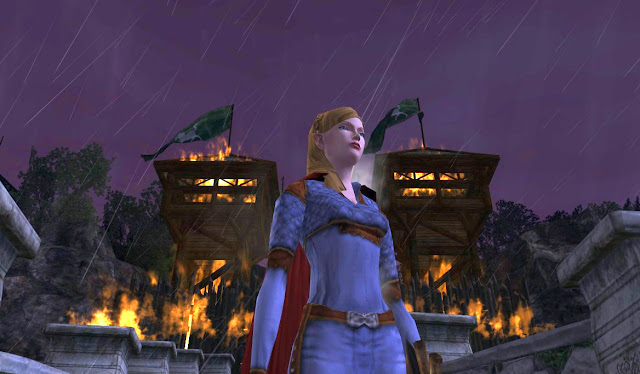 Time to pull the pieces together.

I do like my town of Hytbold! We grow corn stalks as tall as trees! 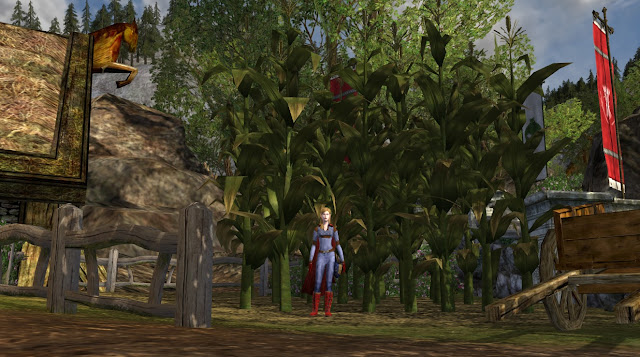 People stand around playing music all day instead of working (… with all this signing and dancing… I think these citizens must have been imported from Landroval). 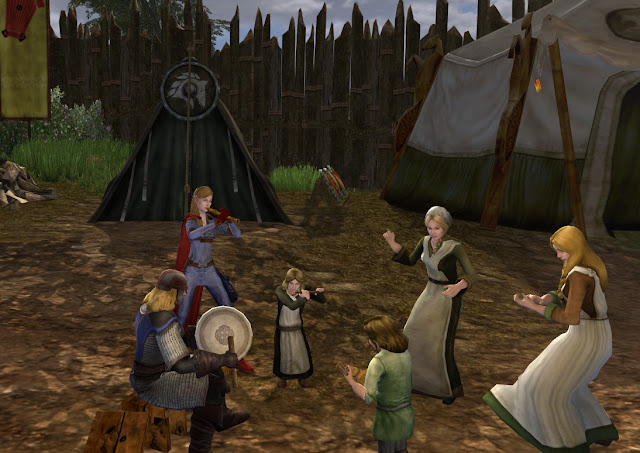 The view from the Towers are fabulous. 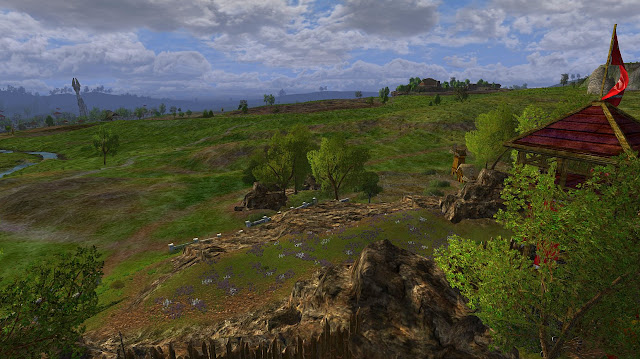 Oh yes, I said I would tell you how I got the large tapestries hung from the ceiling. The Mead Hall is a fun place to fly around if you are Supergirl. 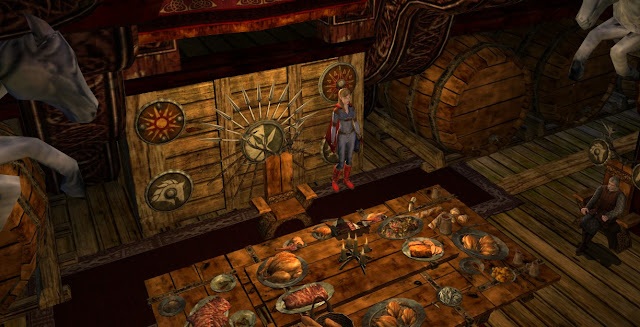 I have been told that I am an imposing sight, walking on air across the room. But, how better to dust the horse statues than to just go up there?

Thanks for reading my adventures in Hytbold! See you real soon! 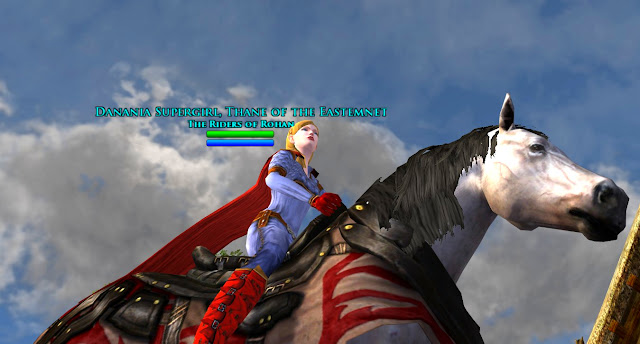 They asked me to bring pie to the Witan... what the heck? =)

Tomrica! That is a great move; mebbe they argued less? Hard to be too upset when you are eating pie.