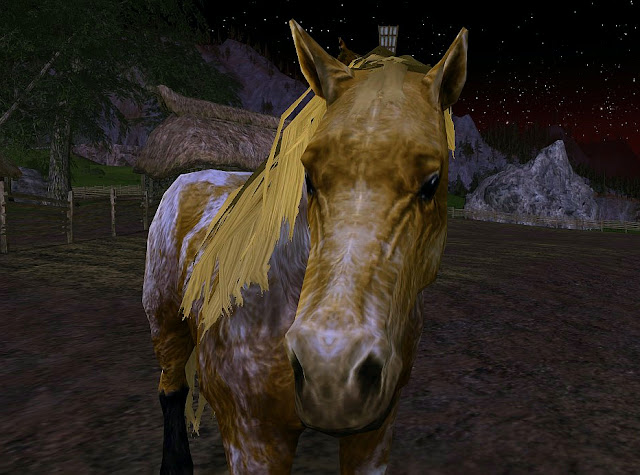 However, Rohan was not all about the warsteed. Other than stable-masters and Bill the Pony in Eregion, I don’t recall really seeing much as far as horse NPCs across Middle Earth. Rohan captured my attention by dotting the land with wild horses, some of which we interacted.

I had so many horse pictures to post in this article that I am splitting it in two parts so it doesn’t gag the system.

Sadly, I am no expert on lore. I read that Rohan means "Land of horses" at the very informative link... The Military Structure of Rohan. How amazingly appropriate for a name. I had no previous Beta-type knowledge of what to expect as far as interaction with Rohan horses. So, the first day I stepped foot in Rohan and met a random horse out on the landscape, I was drawn to it and had to take its picture. It was raining on us and he was a simple grey horse but I was fascinated. :D 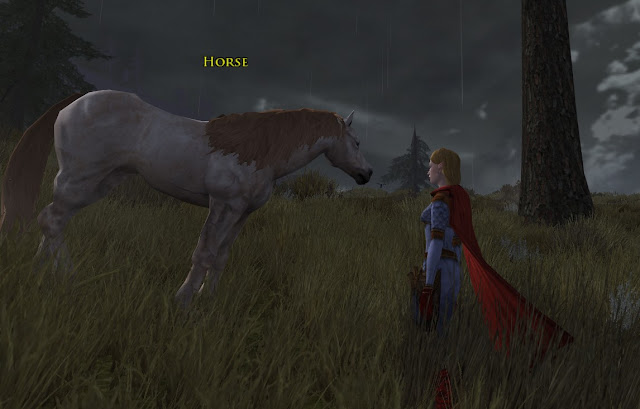 Before long, another horse came up to me. I was going to have to get used to seeing random horses on the landscape as the norm. 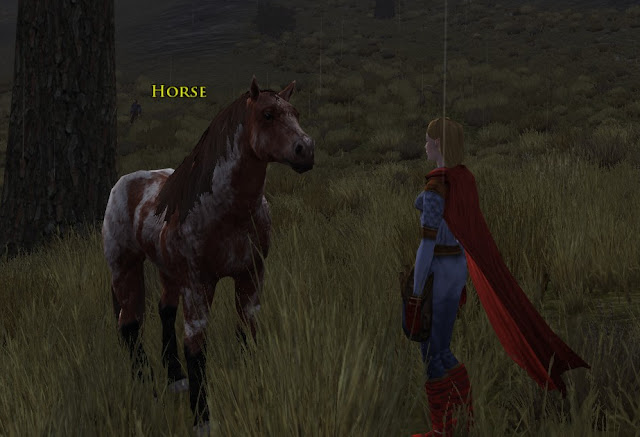 By the time I got to Harwick, I had seen many horses but the only Warsteed I had seen was Buttercup, who belonged to Thane Utred of Langhold. 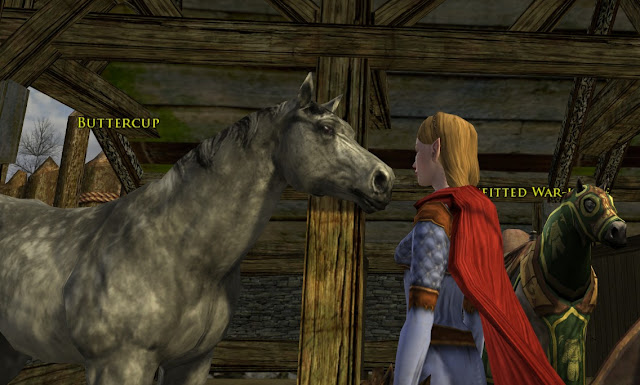 In Harwick, things were getting serious (in a pro-horse way). There were many warsteeds and a trainer to teach me how to ride them. I was not drawn into buying all the warsteed clothes I came across but I was excited to photograph them. 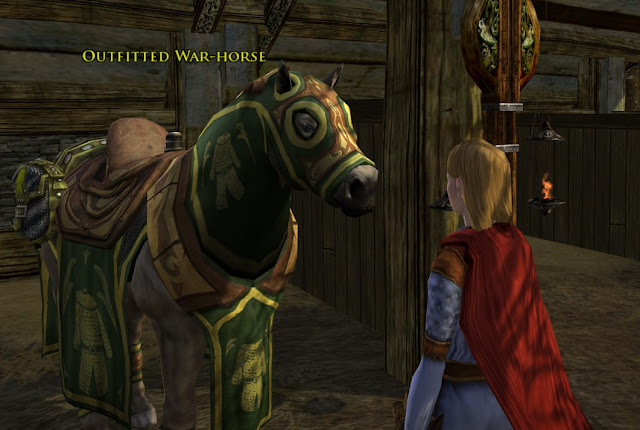 And another… (turns out I had that outfit set, he is the Steed of the Guardian, seen at All-the-steeds/store-steeds) 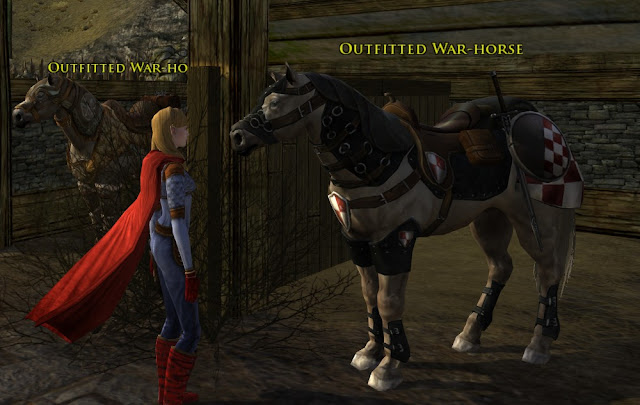 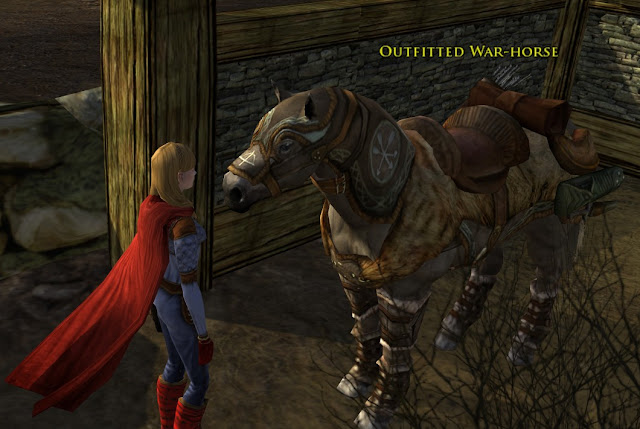 The Warsteeds also came in a variety of hide colors and I was excited to see all the variations. 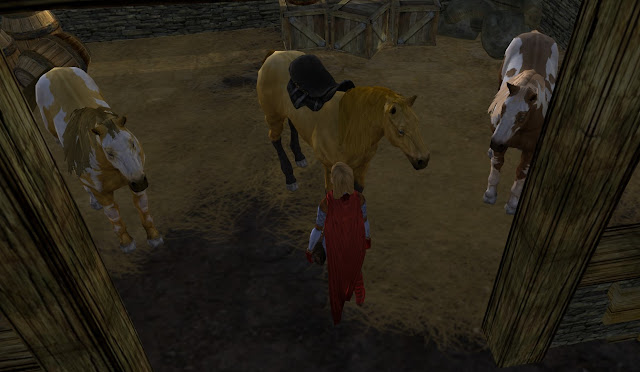 I had mentioned in the previous "Scenic Rohan" articles that I met Burnoth, Leofdag, Hutha, and Ulf in Harwick. In fact, I met their horses first. I am on the Steed of Minas Ithil here chatting with horses as Burnoth walked up. 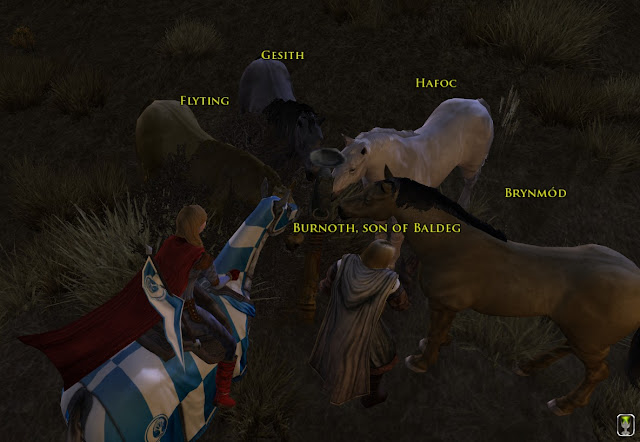 For “Did you know” horse trivia, 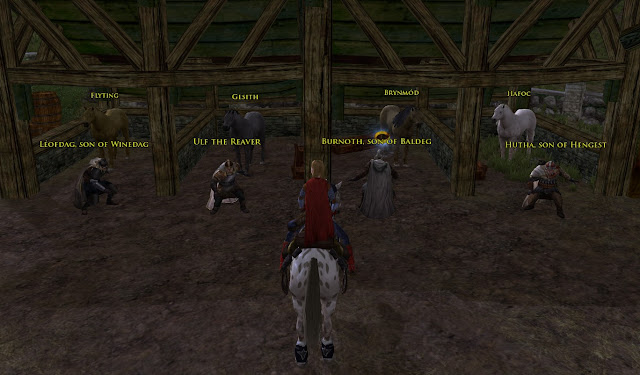 Of course, like me, they have more than one main horse. You can see them riding with me here. 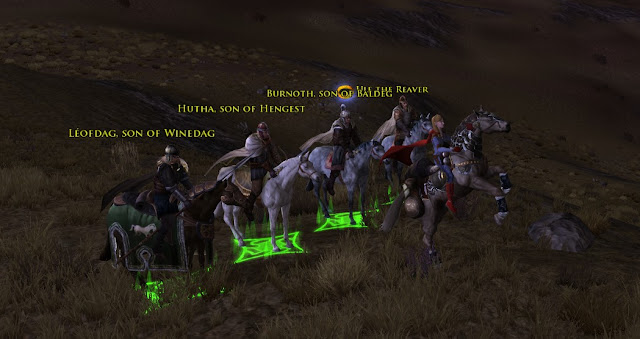 Horse, Horse on the Range… Back out on the trail, I saw more pretty horses. Here was a unique looking red mane horse. 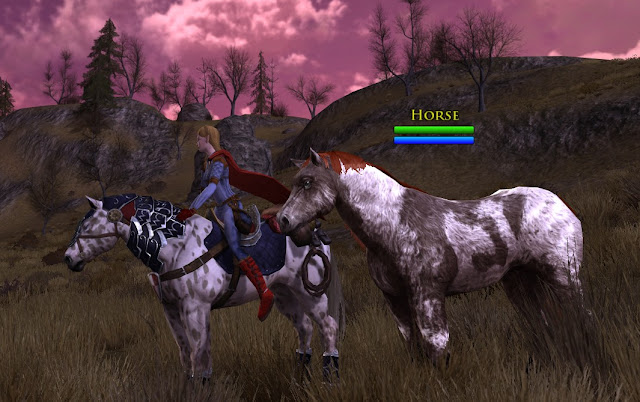 I stopped for dinner out under a tree and the horses came up to meet me. Here are two who shared my pack of apples. 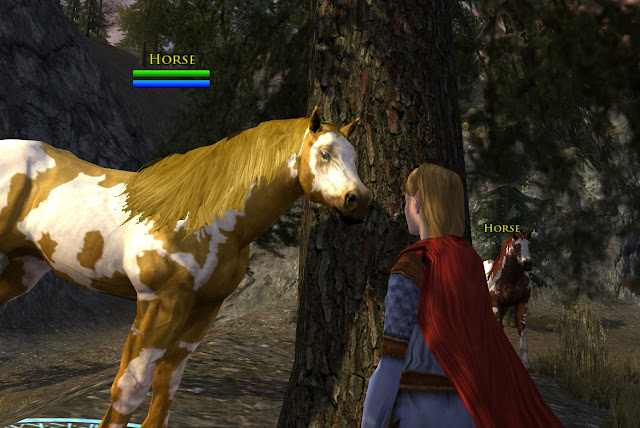 I got to rescue a Stolen Horse… (no I didn’t steal him, though the thought crossed my mind to “give him the choice to follow me home”…) 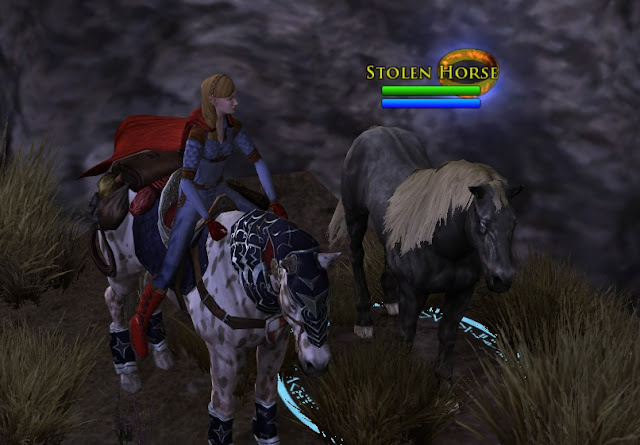 I found a Lost Horse… someone must be missing him, he is a Prized Theodred’s Riders Horse out of Dunland. 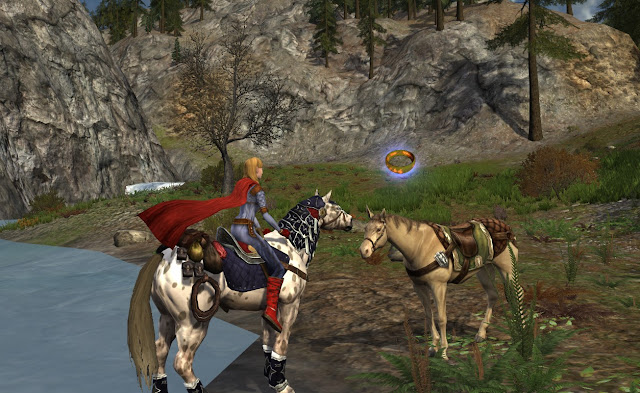 I even worked with an Unruly horse… who was also a Prized Theodred’s Riders Horse. 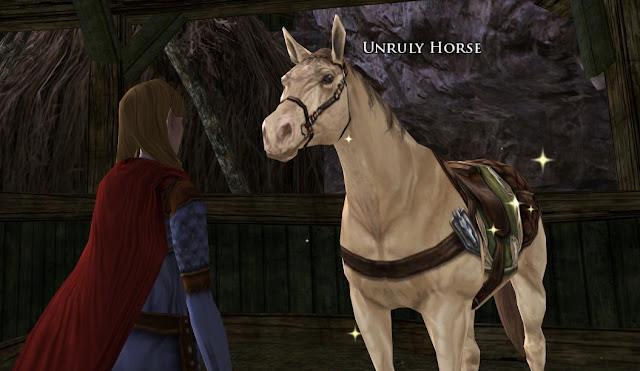 My horse trough overfloweth, so stay tuned for more exciting pictures of horses and cameos by some famous horses in the next post!
Posted by Unknown at 8:28 AM