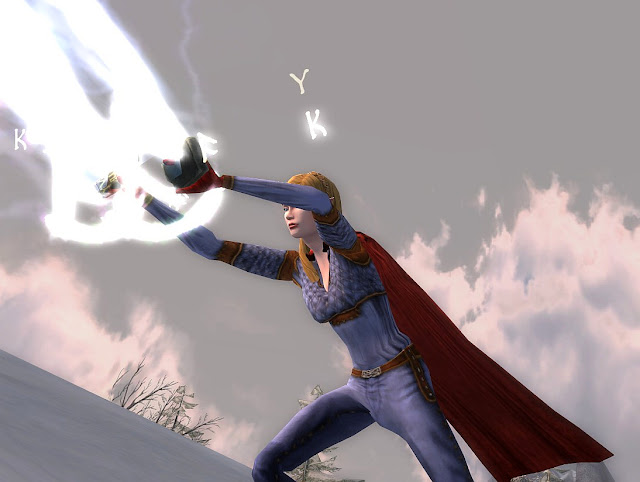 In working through the details of what to do at level 85, I needed a new Legendary item. Several LIs will be in order, but clearly the DPS weapon was the first.

I will break down the build and explain how it differs from the Legendary Item I built in the RK Legacy Guide. legacies-for-rk-stones

Legacies for DPS Stone
In the previous, I was aiming for an all-purpose DPS stone. I had put it out there that probably the best bet would be to take 6 of the 9 legacies from...
* “Fire skill Damage, Fury of Storm Damage, Chill of Winter Damage, Wrath of Flame Damage over Time, Fury of Storm Critical multiplier, Finesse, Vivid Imagery targets, Chill of Winter Debuff Duration, Distracting Flame CD”.

What I realized was that when I solo I use primarily Lightning with a smattering of Frost and rarely planted my feet long enough to spin off many Fire skills. When I go to the Moors as DPS, it is the same, with mostly quick strikes. When I go on Raids, I would mix in a bit more Fire and Frost, but even then it is situational and often out of a sense of duty because my level 75 LIs supported Fire. The reality is that I wanted a more driven Lightning approach and still keep my fundamental RK build similar (morale, mastery, critical, mitigations). With the Update 9 modifications to "skill interupt", it has become slightly more difficult to use skills with long inductions, making fire RK-ing (and healing) just a bit more difficult.

That leaves 3 more legacies. When traited in Lightning (Solitary Thunder 7 traits), Frost skills also get the same +21% dps bonus as lightning does. The next best trait for me was to capitalize on the Frost with (4) Chill of Winter Damage, which fit nicely into a lightning skill rhythm and the traiting. “Vivid Imagery Targets”, the lightning AOE, is nice but expensive to advance and limited benefit with the skill having a 3 minute CD.

To fit my build, I then opted to do something to further maximize lightning. I went with Stats legacies rather than the straight non-lightning DPS legacies. These stats benefit me in every situation whereas any other legacy was going to be very situational. At level 85, the stat legacies aren’t entirely trivial. They begin at +52, so (5) +52 Will and (6) +52 Fate.

What did those stats do at rank 1?

Bear in mind, that even with the legacies at Tier 6, some legacies will only ever be rank 1. There just aren’t really enough points to go around after you have sunk points into the Tactical Damage Rating of the stone.

Knowing that, any “Crystal of Remebrance”, which adds a legacy to a LI, will probably only ever become a rank 1 legacy. I got a Crystal as part of the pack when I bought RoR earlier this year. So, rather than add another minimally used legacy that would have no points to advance it, I added (7) +52 Vitality. The base stat legacy…

One thing I would never do is put Healing legacies on a DPS stone. Another thing I would never do is put “Battle Attuned Skill power cost” on anything. I now have 11,000 power when unbuffed and do not feel like I am trying much to get it; it is not directly one of my 4 pillars (though the Will needed to establish Mastery drives my power pool up).. Using skills nonstop, I have not run out of power since RoI. Part of the skill rotation uses skills that return power (like Improved Sustaining Bolt). I spoke with a friend who still slots this legacy, and his answer was that he can run out of power and has a Fire build. To each her own; do what is best for you! 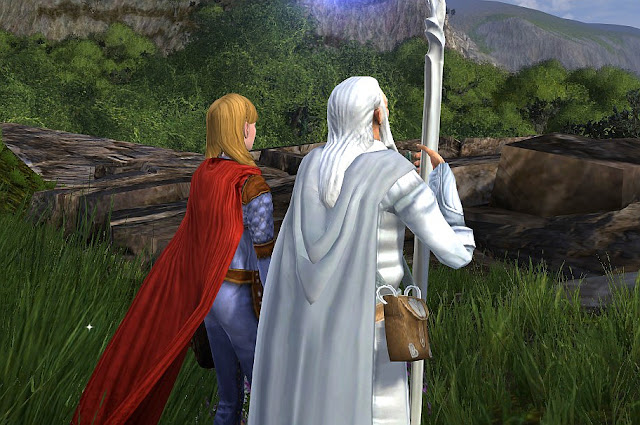 Relics for DPS Stone
I would have chosen the same relics regardless of whether it is a DPS stone, Healing Stone, DPS Bag, or Healing Bag. Looking back at the 4 pillars of morale, mastery, critical, & mitigation, the greatest impact a relic could have might be in Morale, and I take advantage of the other bonuses when they support Morale. The reality is that a given piece of gear for RK might have +150 Will and other good bonuses, which is way more impact than a relic would have; however, if you swap out that Will-focused piece for a Morale-focused piece you will really miss the large gear bonuses that were built for the RK. It is an optimization question of benefits.

That said, relics are really neat, and you could optimize them many different ways. The Relic Guide @ update-6-relics-and-virtues gave a lot of detail about the different relics. Since the Guide was written, the Tier 9 relics and True Relics are more of the same, just slightly improved. If you have the relics and shards to make better relics great, and if not, get the best you are interested in affording.

If I were trying to further maximize Lightning DPS at the expense of morale, there are some real legitimate contenders in the relics. I would probably take the Setting of Endings (+7.5% devastate magnitude, and +Critical), Gem of Charity (+Tactical Mastery), and Rune of Wisdom (-2.5% attack duration, +Will). With Morale as my guiding force, I chose the relics that had the most Morale instead (see picture).

Star-lit Crystals
I have never in all the time I have been playing won an on-level star-lit crystal. So, when a 30% coupon came along, I bought three for this LI because I really wanted to see the effect. What impact does it have?

Here is what the 2nd Age level 85 RK Stone looks like. No legacy points have been added to the ratings in the table. You can see that the gain is about 4.8% for 3 stars.

The star-lit crystals also affect other variables on the LI. For example, on mine, each +1 star gave +1 to the stat legacies. I didn't check to see if other variable legacies were affected (finesse might be one).

Title
Of course, all stones need a title. I used “Will of Eldar Days 2”. It can be bartered by the Quartermasters in Rohan (I got mine in Snowbourn for example). It gives +37 Will. If you know of one that might fit the build better, do let me know. This one was the best I saw.

All told, between the title, the legacies, and the passives (which were just a function of luck), this stone now named Supertra ("Super Rock") offers a very respectable +162 Will, +95 Fate, and +56 Vitality while still maximizing Lightning and the morale opportunities of the Relics. I think it turned out ok and met the objective :)

I'm also in the process of building my LI with the tarnished symbol I won during the Yule fest. I've been avoiding it though because it identified HORRIBLY and will take a lot of work. :( However, because of the delay, I had the chance to find that some of the LI title scrolls can be obtained from the daily scholar instance in Hytbold. Saves me some Riddermark tokens to barter for scrolls of empowerment I guess...

Oh Aeronwy, that is the worst! Thankfully, that hasn't happened to me often. However, my Warsteed bridle is a wreck; I literally got no legacies that I wanted and replaced all six. Fortunately for me at least, maximizing the bridle doesn't warrant much of a priority with the current content. Here is hoping that you win a "basket of Riddermark empowerments" via lottery or something.

Great advice. I definitely should have mentioned that; the best two places I found titles were the Rohan Quartermaster and the Hytbold Scholar instance.

Am I missing something, or have you never shown how you built your heal rock? I shamelessly copy everything you do, so let's go!

Lol, Thanks Anonymous RK! That made my day.

I thought I wrote about healing stones on one of these articles, but it has clearly been a while. For simplicity, I started a dedicated page to show and discuss gear choices and my reasoning behind those choices to assist others (such as your comment). All four of my LIs are there. :D

See the page now at that top of the blog labeled Danania @ 85.