That Dwarf and That Other Dwarf 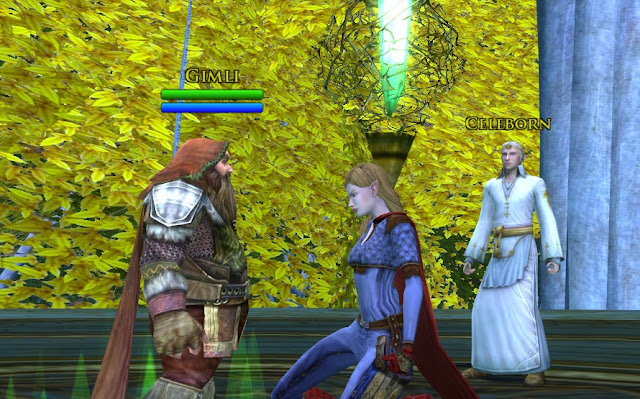 With these elven eyes, when I meet dwarves, I am sad to say that I usually cannot recall their names. I often just call them That Dwarf and That Other Dwarf. I can recall Gimli because… well, he is Gimli. Also, there is Thorin; he has a large Hall named after him. Past those, it gets sketchy.

So, I enlisted the talent of McFarlane, Master of Lore (Lotrolorenuggets) to provide a guide to all the dwarves in the book, “The Hobbit”. Thankfully, he took the challenge (which was little challenge to such a loremaster) and elaborated with a mountain of knowledge.

My questions, succinctly listed by McFarlane, were… “Who exactly are all of the Dwarves who were in the company of Thorin Oakenshield, what was their relationship to each other, where does Gimli fit in, and where (if anywhere) do we find them (or references to them) in LOTRO?”

McFarlane gives a dwarf’s weight in mithril worth of information. Hey, I had no idea that Frerin (of Frerin’s Court) and Thror (of Thror’s Coomb) were dwarves, much less how they tied in to the rest of the bunch.

With guide in hand, I vow to try to do a lil better than calling them all “Dwarf” in the future. I forgot to ask which dwarf was Doc. 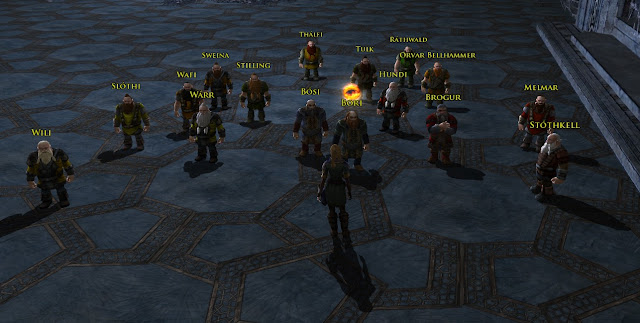 Haha, the title of this post reminded me of a session play in Rohan, where Boromir thinks of the hobbits as "the halfling" and "that other halfling". Brilliant!

Concerning those dwarves in Moria, I've subtracted an allergy for them after I've entered every single one of them on the Lotro-wiki. Gaaaaah.

For me they will still be "that dwarf" and "that other dwarf"! ;D

So this is completely off topic for this particular post, but have you considered putting yourself forward for the player council? I think you'd make a very valuable member of it.

Indeed, I got a good chuckle out of Boromir not learning the names of the non-Frodo hobbits also. The Easter egg is that I posted a picture of that scene last week (in the RK armor sets post, hehe).

Thanks Saelithraen; what a nice thing to say. :D
A number of people have told me similar comments, and I thought a bit about it. I am not sure I can devote enough time to the Players' Council to serve it the way I think it deserves. That is really nice that people have faith in me though. Thank you! :)