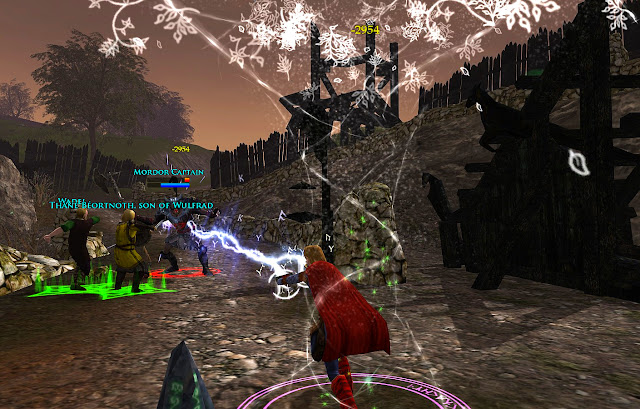 Now I am level 85. Ok, technically, I turned to level 85 on the 19th day after RoR release. I am not the fastest leveler that is for certain. There were plenty of XP opportunities to get to 85. From the picture, I was in Entwash Vale when the moment happened. I had never seen Fangorn, and had very briefly visited Sutcroft-Hytbold for the first time earlier that day since I had mail telling me to go there.

Initially, I was inclined to just continue on my merry path doing the quests in the order they came and leave Hytbold alone. However, a friend convinced me to work Hytbold as a parallel path, which was a good move.

Now, it is time to get serious. Items on the agenda include: new LI, new relics, new Bridle, new Armor, &/or new Moors Armor, and new jewelry.  I will dissect and write about all of those as I move along; right now I have done the LI and the relics and the bridle and will write about those soon.

Along the way, my warsteed hit max level 50! Go steed. It took longer than it took me to get from 75 to 85, but not much longer. I think it happened in the fourth week after RoR. He does indeed have 77 points to spend.

With that happening, I could finally verify the Traiting action plan I pursued in rohan-warsteed-traiting-part-5.

Graphically, the trait pages that I showed numbers for look like these: 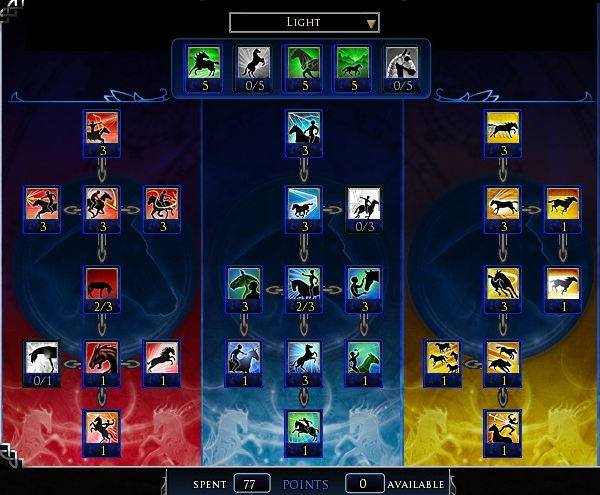 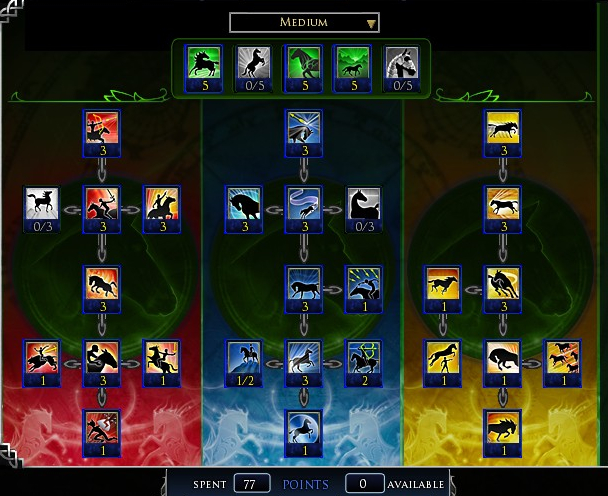 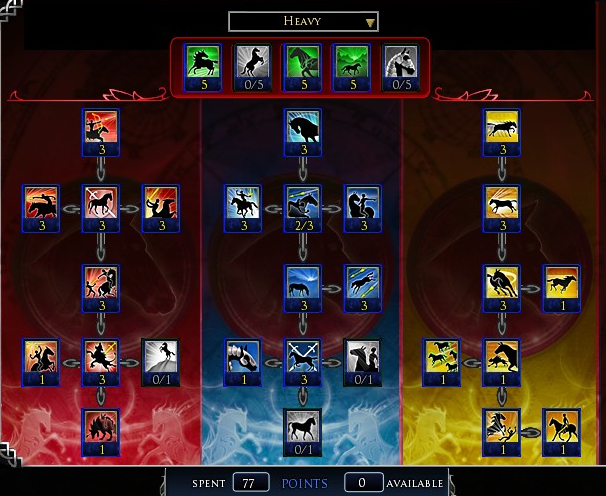 With my new LI, I am feeling much more comfortable as a RK with Lightning dominant Warsteed, meaning I stay in Riddermark discipline more than I did while leveling. I haven’t diagnosed whether it has a better DPS output than Red Dawn, but I am more at ease with the decimating effects of a lightning slinger.

Up next… talk about mebbe relics, mebbe the new LI, mebbe story-time… my head is full and my photo gallery over-floweth. J

Grats on the 85! Hopefully, my RK will be the next character I take up to this current cap. I do seem to enjoy questing in Rohan, as there are plenty of different things to do, and at varying difficulties.

Heck, it even has some slight replayability differences, albeit cosmetic (ie major Cliving questline), which make it enjoyable to take on the questing in a different direction. Finally, questing culminates in a sporadic spurt of Hytbold dailies which are all across the map (in terms of location & content types), that at least I usually enjoy doing (as a mostly solo player).

As we look to the future and new content, I'm sure the glimmer of East Rohan will die down, but for now, it's fun to just 'horse' around with all of the large landmass' possibilities.

Hope you enjoy the region on future playthroughs, and hope those dailies are going well for ya. Cheers!

Yay! Thanks Zyngor! I have indeed enjoyed Rohan! The dailies give good focus and direction, and I love the crafter instances in Hytbold. I like everything about Rohan except one, which I will write about for tomorrow's post... ;)