I recently started polling people about how often I should write, and decided…


My intention is to write more for Tuesday and less for Friday. A couple of suggestions were to have “Photo (or Foto)  Friday” or “Postcards from lil danas” on Friday. Regardless, it will be something.

So, to recap, I am targeting definitely Tuesday and mebbe sometimes Friday Updates.

With that said, I have sooo many things I want to write about and so little time to do it. Just off the top of my head… next Monday is a major update in the lives of Runekeepers. I already started dissecting it and the “RK behind the numbers” will be fun to break down. I already had several things in the works for RK traits, RK skills, RK legacies, RK gear, Moors questing, and Treasure hunting to name a few. Next Tuesday will be about skirmishing speed and marks  per minute.

I wanted to leave you with a few pictures today. I have so many!

Speaking of RK Update… When RoI was released, there were a few new skills en route to level 75. Here I am practicing “Improved Essay of Fire”. Before RoI update, that skill was not an option for an RK to start a fight (has a high attunement requirement). It is one of the skills being nerfed in Update 6 (can still start with Improved Essay but its bonus after-effects have been sharply reduced). I am predominantly a Lightning RK so I won’t feel the change as much as some. 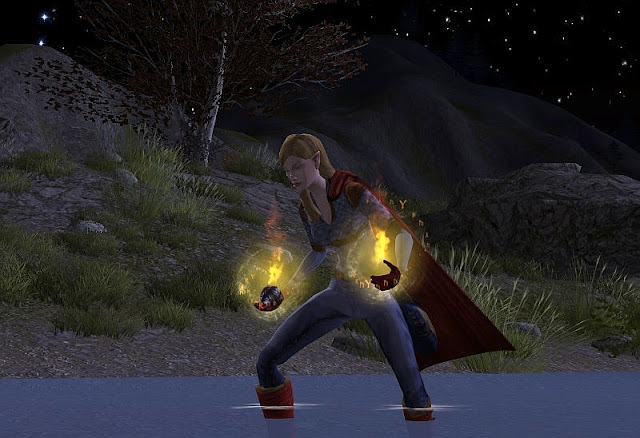 As I traveled across the wonderland, I saw this lovely tower. I salute you tower-among-the-hills. 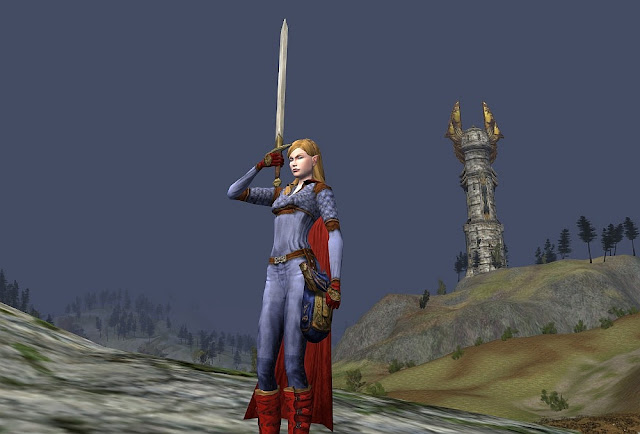 Now, that is one big cow! Am I in Dunland or Farm country? One good thing about big cows is that they give big steaks. Also, cows are usually good at giving up more than one Large hide, sometimes 2 or 3. 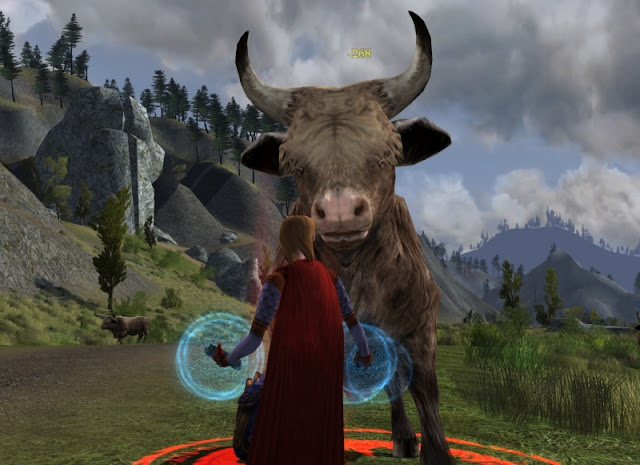 Horse, why are you sniffing me? Do I smell like sugar and apples? Mebbe Hay? People do say, “Hay Dana!”, mebbe I DO smell like hay… 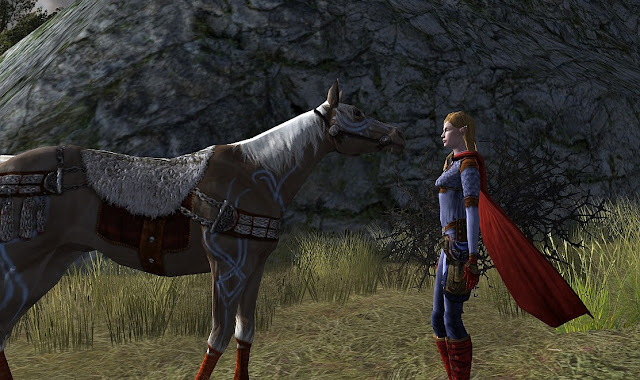 Woohoo! You let me ride you? Jolly that! My other 50 horses might get jealous. That is a very orange sky. 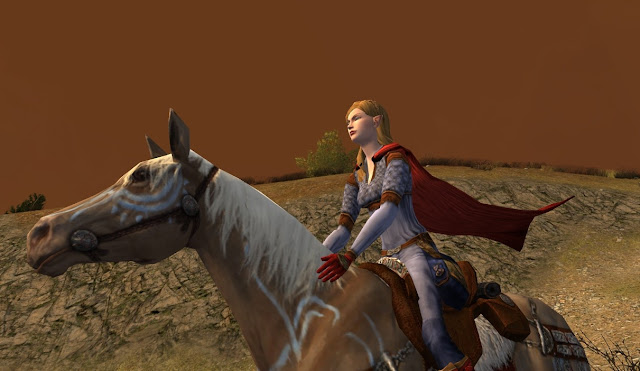 So long for now! Always a pleasure.
Posted by Unknown at 5:52 PM