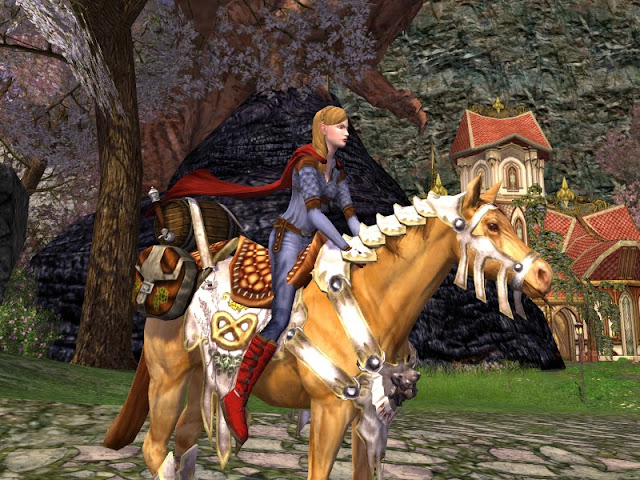 Oh my! There are so many goodies to be had from the Fall festival. If this is your first festival, it would be a chore to collect everything.  However, it is really easy to amass a large amount of tokens in a short time (40+ tokens a day per character should be easy). With enough alts, one could conceivably snag everything here within a few days, except the 300 each of every consumable.

Also, on the plus side, it looks like everything that has ever been available at Fall Festival is barterable at this one (except ALL the fall festival horses, only this year and last year's horse). So, if you miss something, it will probably be around next near. AND, these items are not Bound, so the chances to pick some things up in the AH is really high.

Oh, and good to know, several of the items are found as random loot from the secret chest and the three out of place chests. The lildanas and I found in excess of 42 Haunted Trees last year and eventually just sold them to the NPC for 2 silver because no one could possibly need that many trees. We have found several already this year… they are like weeds. The point is… before spending all your tokens on some of these items, check the chests, the AH, and others around you; the item you treasure might be someone else’s trash.

Of course, one cannot go to festival without getting cake, and a horse. The New Harvest-brew Horse costs 60 tokens, 2 race tokens, and an ownership document (200s). I showed the opposite side of the horse here because it looks slightly different, with three steins hanging from the pack… (mebbe two for fists and one for a friend?, or is it one for me and two for friends…) 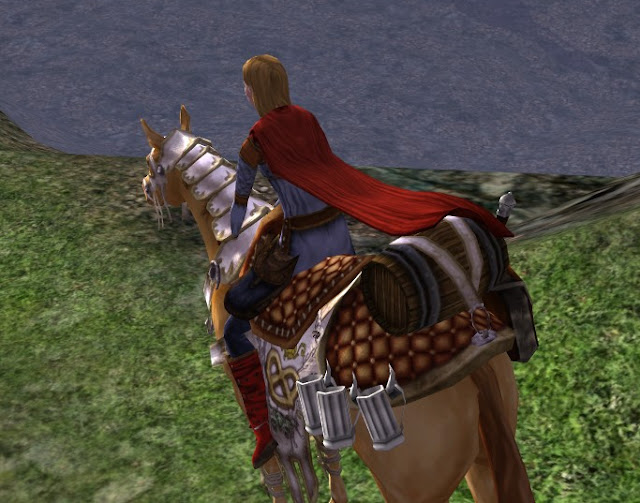 Here is a look at what you can barter at Fall Festival:

(1) Note that the "weapon" items are not cosmetics; it is Weapon slot.
(2) The Cowbell can be learned in-game from your friendly Minstrel teacher.
(3) Each of these Consumables are a deed. If consumed 300 times, you learn to do that action as a skill.

There IS a lot of stuff to be bartered this year, you are righty-o on that one. This is my third Fall Festival, so I can't tell if I'm getting jaded at the same stuff, or at festivals in general.

Don't get me wrong, I still enjoy the Haunted Burrow and all that jazz. It is a 'treat' that you can probably get more out of this festival than the others. I guess I just wouldn't say no to some additional Fall Festival content. Perhaps some kind of Hobbit Trick-or-Treating across the region or something?

On the plus side, for the first time in any of my Fall Festivals, I was lucky enough to pick up one of those white skeleton steeds on my Lore-Master (too bad she's been basically put on hold in terms of leveling, and serves mostly as my scholar).

The new steed is nice, though I might have enjoyed a more exciting hide skin. Still, festive enough. :)

Yay for your Skeleton Painted Horse, Zyngor!
I have still never won one; the lildanas and I were 0-fer-180 by the end of last Fall and still looking. Crazy bad luck.
I bought one from the lotro store when it was offered last post-Fall; it was my reward to myself for "good intentions". :)

I thought about it, but I am not at all bothered by the lack of new features in the Fall festival. Actually, I am very relieved. I can just chill and enjoy the festival without worrying about the experience or acheivement or obscure lewt-hunting. I needed a low-key, high-fun festival right before the journey to Rohan. Fall festival has been wonderful (though it could use more Painted Skeleton Horses...). :D