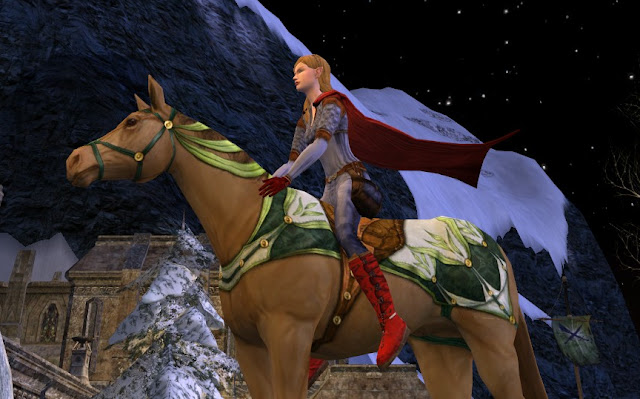 Read the CSTM guide. Go. Do. Enjoy. I will talk more about it soon. For now, here is a pretty picture of my new pretty horse. He is already in the Horse Gallery; go see some of the rest… All the Steeds

I have an exciting tale to bring you. One I have been waiting FOREVER to write.

It was the 22nd of August and the horde had overrun the Ettenmoors. I had joined forces with the Free People in hopes of holding back defeat a while longer. As I approached the Lumber Camp, there were twelve Free People, mostly defeated, and I saw the horde as thick as night. In reality, their numbers were nearly double ours in the area. I saw no creeps fall before I was cut down and had to retreat.

Whispers came that there were spies in our midst. Apparently, there had been “lurkers” following the movement of the freep raid and reporting on strength and position. The raid leader gathered our forces. The creeps had every single position in Ettenmoors… where should we go? What should we do?

I sent a message to raid leader HeartofFire that the creeps would never expect us to attack the main stronghold of Dargazag and claim victory over our Gift of the Carrock while they had every keep and outpost. I did advise HeartofFire that my military strategy was lined with an ulterior motive. I had a personal vendetta and deed that I was hunting the elusive Chieftain Taun and I knew that he was comfortably protected deep within Dargazag at that moment. A friend had told me not 15 minutes prior that though there were a half dozen friends here tonight, the Creeps were a wall of enemy and we would be cut down before we made it anywhere near Chieftain Taun.

No words came in reply to my request, but I suspected (no, I hoped very much) that we might make an attempt, even though success was slim. Third Marshall Ballblitz took the rest of the team on a circuitous path south and west. Patient. Waiting. Going in circles. Sloughing off spies. Crossing further into enemy territory quickly and waiting. We were alone. The calls came out from the spies, “Where had the raid gone?” The queries were met with silence or misdirection. The known leader HeartofFire was being watched; so he waited at Ost Ryngdyr, watching across the battlefield as our team approached the enemy stronghold. 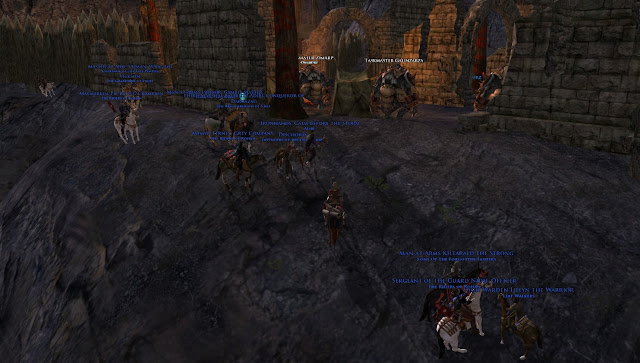 We struck quickly from our secret position and moved rapidly through Dargazag. Every orc and troll in the place wanted to make our entry more difficult, but we were committed and could not turn back. Surprised, Taun met our team at the final hall. 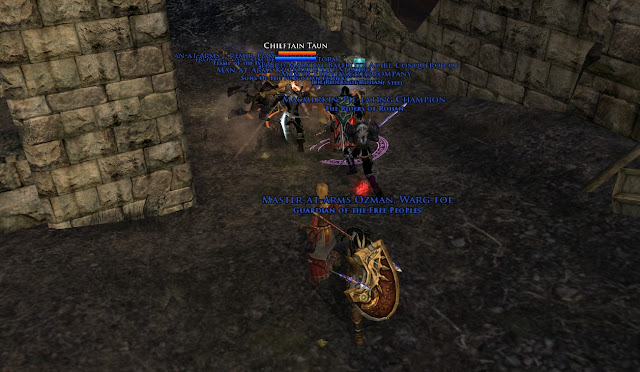 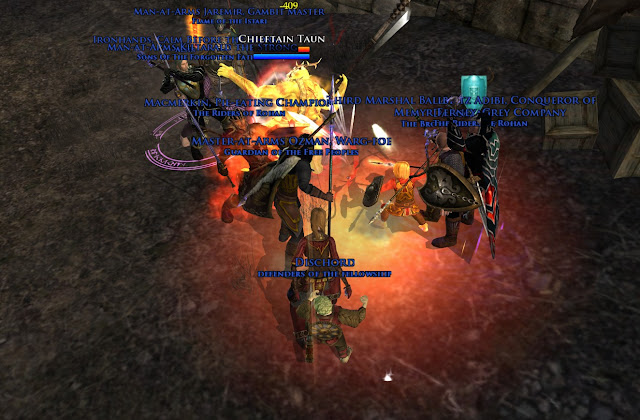 With spiders and dogs working around the corner, Tyrant Durgrat also fell, then a hard fought run back across the Ettemoors brought glory to the Free People! (…at least for the moment.) 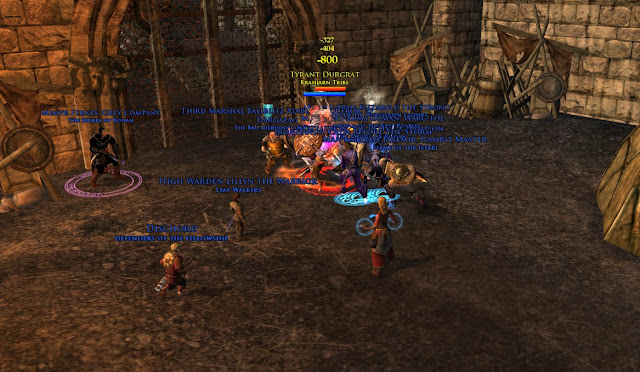 For our effort, seven of us that had never met all the Chieftains before (me), shall now be known as “Conqueror of Dargazag”. Yay team! Yay deeds! 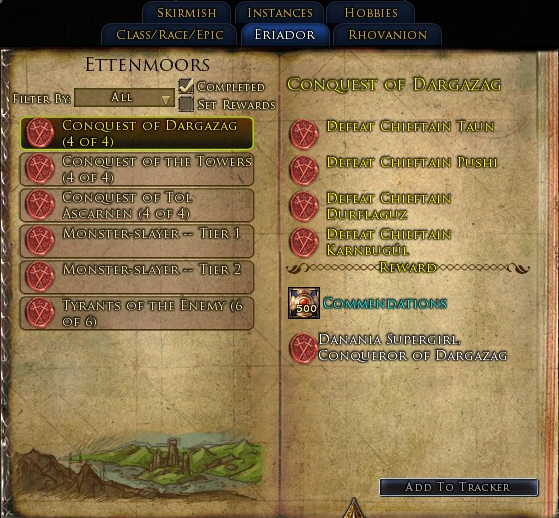 Thank you Tomeoric!
I had been looking at that deed in my log for so long, I had had dreams about solo-sneaking into Dargazag just to have a chance to hit Taun. So glad this story had a much happier ending. :)

I'm sad i missed out :) looks to be fun though! Congrats on the deed completion. :)

Yay! Thanks Leanie!
You are always welcome to come with me when you have the time.